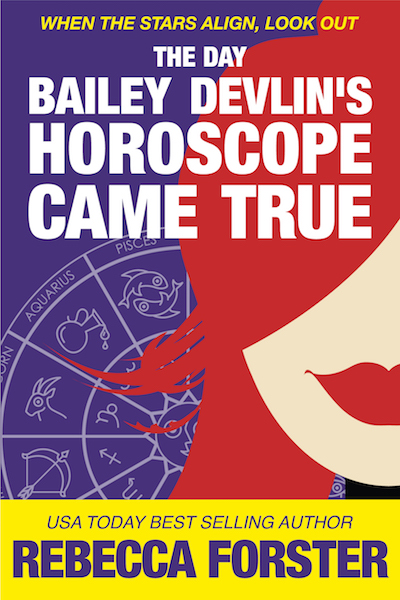 Oh no! Bailey Devlin is looking for love in all the wrong places. When her horoscope promises the man of her dreams is coming to her door, Bailey is ready. But what she finds on the other side makes proves that the stars didn’t align, they went haywire. Even if he’s not the man she wants, he certainly is the man she needs.

What Inspired You to Write Your Book?
When my mother asked me why I never wrote books-without-bodies (yes, I usually write thrillers) I didn't have a ready answer. So, with her 90th birthday on the horizon, I wrote the Bailey Devlin trilogy. A humorous look at romance, family, fun, and how the school of hard knocks can be the best thing in the world. Bailey Devlin is a little bit of every woman who has navigated the sea of life and love. Happy birthday mom!

How Did You Come up With Your Characters?
Seymour L. Sullivan is at the core of Bailey's adventures and he was inspired by my grandfather – my mom's dad. Bailey shares quite a few of the same quirks I remember my girlfriends and I having at Bailey's age. Ethan and Jeffery were inspired by my grown sons.

For joining the author’s email/newsletter list you will get:
Free Starter Library