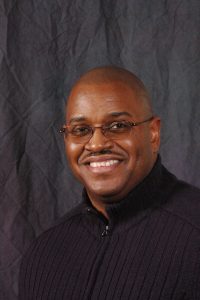 Author Bio:
Dr. Frank Chase Jr., is a person who loved studying the Bible. But for more than thirty years, he had misgivings about the teachings of monetary tithing, but did not push the envelope to ask questions. After attending theology school to obtain a BA, MA and Th.D, he launched into a theological trek to discover the truth about the ancient biblical practice of Hebrew tithing to solve a curiosity he buried in his mind for years. Frank Chase Jr., is a native of Baltimore, Maryland. He graduated from Walbrook High School in 1978 and then enlisted and served in the United States Army for four years. He is a graduate of Washington State University and has a BA degree in Communications with a minor in Sociology. Anyone who knows Frank will tell you that he has always been an analytical thinker about every aspect of life even from childhood. It is not uncommon for people to remark that Chase is a very easy person to talk to.
Frank also started his publishing company, FC Publishing, LLC to self publish his first two books. As a writer, Dr. Chase authored his first book, False Roads to Manhood, What Women Need to Know: What Men Need to Understand, dealing with the issues of manhood. He recently published his second book titled, Kleptomaniac: Who’s Really Robbing God Anyway, which takes you on a proverbial archaeological quest to uncover the true meaning of biblical tithing. Not only does the book cover the Old Testament tithe, but it examines what the New Testament teaches about giving and so-called tithing. Dr. Chase has also published articles for newspapers, online magazines and print media. He has appeared on local television and Internet radio programs. Mr. Chase is an avid racquetball player, and loves movies, reading and good conversation, and he never shies away from talking about difficult or even controversial subjects. Mr. Chase currently works as senior aviation writer for Army Helicopters for the Department of the Army.

What inspires you to write?
Well, that’s a long story encompassing 30 years. When I first got into writing, it was movies that inspired me to write. Not only that, as a teen, I listened to a radio station called mystery theater that told strange stories. So from watching movies and listening to radio, i began to venture into writing short stories. I would have to say that researching is another form of inspiration to spur me to write because it allows me to think about what direction I'll go in when putting words from my heart of research to paper. Writing for me is like an archaeological journey. I get to discover and reveal what the general reading audience does not know or was never aware of before the subject was put on paper. Nonfiction books are really great to write because you get to offer different perspectives to readers and to challenge them to think on other levels and outside of the box.

Tell us about your writing process.
So my writing process usually comes from asking questions. So the best way for me to explain this is to share how my second book, Kleptomaniac: Who's Really Robbing God Anyway came to be. This book came to be just by asking a question, the researching that question to find answers. It all started out with a conversation and morphed into a 117 page power point study on tithing. That was the first stage of what became a full-fledged research book.

The story behind Kleptomaniac: Who’s Really Robbing God Anyway is a 30-year unfolding tale of suspicion, intrigue and questions. My quest for truth started innocently when I first became a believer in the Messiah. One of the doctrines I first became indoctrinated to was the practice of paying ten percent of my income to the coffers of the institutional church as a command from God. As the years passed by I began to question this overtaxing financial obligation. Although it was tough to pay this kind of money years after year, I dutifully kept my obligation to pay God ten percent no matter the circumstances. Even in the face of not being able to pay my bills and struggling to feed my family, I paid God what He required to His representative on earth—the Church. I did this in hopes of receiving a financial blessing from God for my commitment. The scriptures pastors relied on for monetary tithing resides Malachi 3:8-10. As years passed, I began noticing that the windfall financial blessing from God that I hoped for did not materialize. The abundance that was to overtake me financially somehow escaped my grasp. After 30 years of paying ten percent of my income as a so-called tithe to God, my questions about the practice grew as my financial struggles mounted. About several years ago, I started investigating the doctrine of tithing on a deeper theological and scholastic level out of a need to try to find some financial relief.

Kleptomaniac: Who’s Really Robbing God Anyway began with a probing question. What is tithing? By this time, I was a member of a church group that taught heavily on tithing and even suggested that all tithes must be paid on gross income before taxes to receive God’s blessings. And before you ask whether I succumbed to the pressure to of paying tithes on gross income, the answer is yes. And this went on for several years, which almost lead to bankruptcy. The book came into fruition as a result of a conversation with my x-pastor about the belief system of Jewish people have about the Bible. At that point, the subject of tithing came into the conversation, which prompted me to inquire of Jewish experts and Rabbis about what the Bible actually teaches about tithing monetary income. My first shocking discovery about monetary tithing came from a Jewish Rabbi’s point paper on giving to God. As I read through the document I wept tears of joy, but when reality set in, I became angry. What I thought was tithing for 30 years turned out to be not so accurate. As it turned out, tithing is in the Bible, but tithing money was not in the Bible. As I got over the initial shock, I thought I perhaps needed to do more research to verify my initial discovery. And so I went on a research journey and read my first two books on tithing. The information contained in those books blew up my existing tithing theology like an IED and created immediate cognitive dissonance in my mind.

Now, I was faced with a theological decision about what I would do about my newfound information. My first action was to write my church leadership about my decision to resign from monetary tithing and to take sabbatical leave to go on a yearlong study of the subject and come back with an empirical analysis on what tithing is in the Bible. Needless to say, my decision did not go well and the struggle for truth began. Even as I stepped down or was removed from leadership depending on who you talk to, fellowship with this church became more difficult because leadership felt I became a financial threat to the bottom line if the congregation discovered what I had learned about tithing. In the end, I was indirectly excommunicated from that church. After leaving that institution, I began studying tithing and compiled 117-page power point study and sent my finding to the church. Kleptomaniac: Who’s Really Robbing God Anyway started as a power point study and expanded into a 400 page theological manifesto based on empirical, academic, scholastic research that went from the church in America to the land of Israel. In that journey, I discovered that tithing monetary income is not contained on the pages of the Holy Bible, nor was it ever uttered from the mouth of God that a tithe is ten percent of a person’s income. Writing this book about tithing monetary income and giving gave me biblical insight into the scriptures that changed my life forever. The academic study of tithing is a journey where not many Bible readers go to understand their Bible.

For Fiction Writers: Do you listen (or talk to) to your characters?
I tried to write a fiction story in my early teens. The characters just came into my mind. But again, the characters often were inspired from movies i've seen. For example, decades ago, I watched a movie called Towering Inferno. From that movie, I created a story about the tallest school in the world with the most advanced automation system known to man. The main story had was about two young people in love going to the first ever tallest school in the world. The subplot of the story was about a murder of two land surveyors who would expose the building contractor knowledge of the land problem. After their murder a cover up ensued and the school was built. On opening day, the school's main computer center was destroyed because the ground collapsed. And as a result 1000 high school students were caught in all kinds of tragic and dire situations, while some were killed. The whole story was about escape and two young students that were in love spent their time saving each and other as they tried to escape from the 100 story school building. Many of the characters came to life as I was writing the story. Unfortunately, the fiction story never got completed.

How did you decide how to publish your books?
After many attempts to find a publishing agent and getting rejected over and over again, I started doing research on self publishing companies. As it turns out, I decided to self publish my first two books and as a publisher myself, helped one other author publish his book. The experience was worth it, but I would say that every author need to use caution when selecting self-publishing companies. Do your homework.

What do you think about the future of book publishing?
For authors who self publish, I think the future looks good. Many self-published authors who understand that it takes work to make your book successful will have many benefits. The only downside is that traditional publishing has the distribution system.

What genres do you write?
Theology, Christian, Religious, Self-help