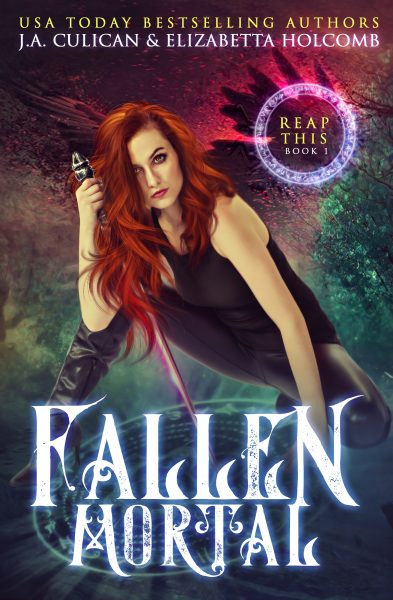 Oria is the best reaper in Folkvangr. At least she used to be.

Until she meets a mortal, Wells. He seems like a typical American pie, mac’n cheese kind of guy. She plays the same game with him she does with everyone else. She tries to trick him into making a decision he can never recover from, marking his soul hers. Everything goes exactly as planned. She leaves, certain he’s going to fall for the same tricks. Just like everyone else.

Not only that, but when his ticket doesn’t come due, she looks him up again only to discover he’s protected by some holier-than-thou divine reaper she knows all too well. A reaper who used to be her betrothed.

And because this crazy party for three keeps going, she finds out Odin himself has issued a cease and desist order on the human. Just who is he? Why is he so protected? She going to find out.

But doing so might very well change the foundation of the nine worlds.

Dark mythology like you've never read before. Full of magic, reapers and war between good and evil (or so you think).