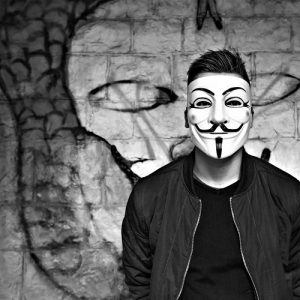 Author Bio:
S. C. Abbey was born in Glasgow, Scotland, but spent most of his childhood wandering the streets of Asia, where his parents worked and lived. He enjoys reading a huge variety of genres such as mystery thrillers, religious conspiracies, science fiction, fantasy, and etc. Before his life as an author, Abbey has worked as a chef, door-to-door salesman, a fishmonger (true story) and many others. He has since made the road his home and the sky his blanket.

He is the author of the Harvey Nolan thriller series, which is a mixture of action, mystery, and humor. Harvey Nolan is a Columbia University professor who has an affinity with crime that always seems to bring him along for the ride. Katie Moulin is an ex-FBI, current Interpol Agent who has seen her fair share of conflict and the ugliness of human nature. Harvey’s tragic family’s past and Katie’s privileged upbringing crossed paths when they were younger, before when times were peaceful. Till now.

What inspires you to write?
Great movies, captivating television series, and well-written fantasy books of the early 20th century. I think all authors are inspired to write because they have amazing stories threatening to burst out of their minds that it would seem impossible to not want to share them with the world.

Tell us about your writing process.
My writing process is pretty simple: I first start with a one page summary of the entire novel, probably about 500 words or so. I tend to write series because I like a story with many layers of plots so the first one page would be the 'above the surface' iceberg plotting of the novel and then I would write another one-page 'beneath the surface' plotting of the series. I then expand them to chapter summaries, one sentence each with notes, and write one chapter at a time. I usually jump from chapter to chapter, I don't necessarily write in sequence.

For Fiction Writers: Do you listen (or talk to) to your characters?
I try to speak out loud the dialogues in my novels to make sure they sound convincing and natural in speech. Some dialogues work well written, but don't sound very natural. Those get struck off. And yes, I do listen to my characters. Contrary to what some people might say, my plots always stem from the characters, not the other way round. And they evolve as the plot that stems from them, affects them. It's fairly confusing I know, goes one circle.

How did you decide how to publish your books?
Self-publish, for sure. I like to have my hands in every aspect of the publishing journey. It's hard work, but also a lot of fun.

What do you think about the future of book publishing?
I think what amazon has created, is a beautiful thing, and I think the self-publishing market will definitely continue to grow in terms of outreach and the quality of self-published books. Gone are the days where amateurs can just slap a book together with a poorly designed cover and a 10,000 unedited manuscript – the market is demanding an increasingly high standard of self-published fiction – which is a good thing, it really benefits everyone.

What genres do you write?
Crime/Political/Espionage Thrillers

Author’s Social Media Links
Facebook
All information is provided by the author and is presented as it was submitted so you the reader get to hear the author’s own “voice” in their interview.