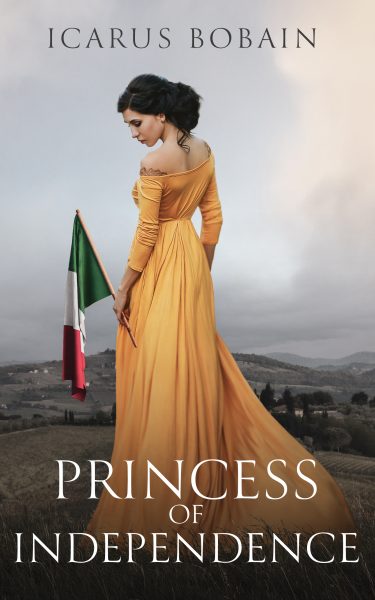 About Featured Book: Princess of Independence by Icarus Bobain

Princess Cristina Trivulzio Belgiojoso is a forgotten figure of the Italian Revolution
Born into a family of nobility, Belgiojoso learned at a young age what
foreigners interested in ruling the Italian States could be like.
She spent the rest of her life dedicated to uniting her home country and ousting those foreigners
who only brought harm and discord to the country.
After a failed marriage to a prince and being banished to live in Paris,
Belgiojoso met many key players in the French Government, helping to further her cause.
Her social circles were ones that everyone desired to be part of.
When Belgiojoso becomes a mother, with no father to help her, she still works toward her goal of a unified country, raising her daughter to understand the importance of her heritage.

Will she have to choose between being a mother or being a patriot?