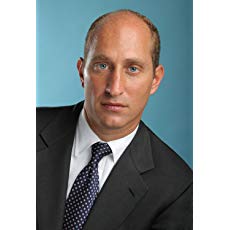 Author Bio:
Adam Leitman Bailey, has, throughout his career, established himself as a connoisseur of real estate. For the New York Times, Wall Street Journal, and several other national media outlets, Bailey frequently contributes his real estate expertise and advice.

As an owner of several properties and father of two children, Adam Leitman Bailey was inspired – and uniquely placed – to write about homes in a way that is relatable to real estate professionals, first-time home buyers, and young minds.

A lifetime believer in giving back to the community and a fundamental leader in supporting and educating children within the community, Adam Leitman Bailey has helped provide college scholarships, facilitate youth mentoring, combat bullying, provide paid internships, giving history tours and inspirational speeches at schools as well as supporting hospital research into tackling life threatening children’s illnesses and providing funds to cure children’s’ neurological diseases. In 2017, he was also named Humanitarian of the Year by a local high school for his charitable efforts. 100% of the proceeds from his latest children’s book, Home, will go to the Building Foundations and Dreams, the charity he founded that strives to assist underserved students of all ages in pursuing their dreams.

What inspires you to write?
I have a compelling need to teach and help others — maybe because my parents, step-parents, sisters and brother-in laws are teachers. So when my first book, Finding The Uncommon Deal became a hit, won awards, and made the best seller lists — and most importantly, when I received the hundreds of emails and contacts from people who benefited from the book — I became even more hooked on writing. I am also a columnist for several law publications and as a real estate law and litigator, we do a lot of persuasive writing to help our clients seek justice.

Tell us about your writing process.
Writing is so fulfilling and gratifying and each book I consider another child. But it is a slow, difficult, and even lonely path to success, so do not do it for money. Do it because you want to help others by telling your story or because you have a compelling story that you need to get out there and will love telling. It should be something that you do not care becomes a best seller or wins awards and recognition. For HOME, I know I have it 100 percent; I am proud of it and I know that each kid I read it to or hear feedback from has loved it. When or if the awards come in, I will be the happiest person on earth, but that is not why I wrote the book.

Who are your favorite authors?
By the age of 47 or 48 (depending on which birth certificate you rely on), Alexander Hamilton became the most important American and New Yorker in our history. Since I was young I have striven to be like Alexander. I am now 48. He created the New York Post, Bank of New York, national dollar… He was a leader in fighting in the Revolutionary War, the main author of articles supporting the Constitution… and so much more. AND he also came from humble beginnings and was rejected from the school of his choice, but never gave up and kept producing and producing. I hope to one day have a legacy that can resemble in even the smallest way, Mr. Hamilton’s.

How did you decide how to publish your books?
I’ve had my book, Finding the Uncommon Deal published by a legitimate publishing company, Wiley & Sons, but with HOME i decided to self-publish so i could put all of the proceeds towards my charity, Building Foundations and Dreams.

What do you think about the future of book publishing?
I believe it is an open field for many to make a great living off of. It may move more toward a digital trend though rather than print.