You are here: Home / Bargain Books Under $3 / The Secret of Scripture by Felix Alexander 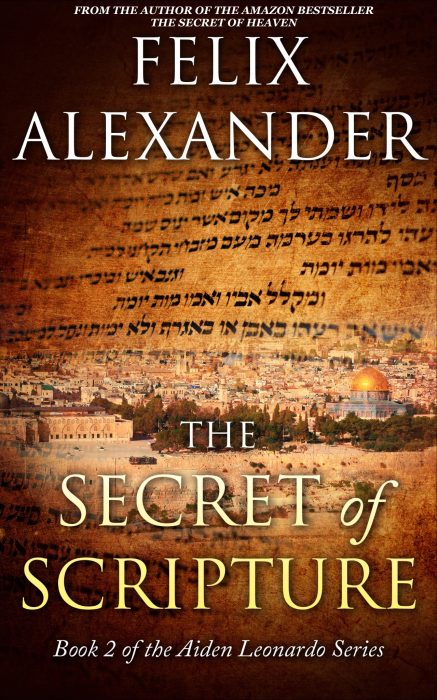 The Secret of Scripture by Felix Alexander

An International Murder Mystery About the Conflict Between the Three Abrahamic Religions.

The Holy Land on the brink of war.

When a theoretical physicist is found dead on the steps of the eastern triple arched Huldah Gates of the Temple Mount hours before a technological summit in Tel Aviv is set to begin, Professor of Biblical Studies Aiden Leonardo is sought for questioning in connection to the murder. But what begins as a simple inquiry about Aiden’s meeting with the victim on the previous night erupts into a race against the clock to prevent the unthinkable from occurring in Jerusalem.

Tension in the Israeli-Palestinian conflict has reached its peak. With rumors about a “Jewish Plan” to destroy the al-Aqsa mosque and build the Jewish third temple on its remnants, and growing resentment in the hearts of Palestinians toward their Israeli neighbors, a technological summit threatens to push the conflict beyond its tipping point with Artificial Intelligence presenting a philosophical perspective that will change our view of religion forever.

Religious extremists hold Jerusalem hostage when a message reveals that bombs are scattered throughout the Old City. The United Nations convene as militaries around the globe prepare for war. With time ticking away, Aiden joins forces with a chief inspector of the Israel police force, and a director of the technological summit well-versed in religious history to locate the and disarm the bombs.

They embark on a frantic hunt through the catacombs of the ancient city, sacred sites, and forgotten tombs, using scripture and the Dead Sea Scrolls to reveal their enemies and prevent Armageddon from occurring as the prophets had foretold. Their only hope lies in the words that remained unchanged for 2,000 years, but could threaten the validity of the most revered faith on earth.

What Inspired You to Write Your Book?
Apart from the first book in the series (THE SECRET OF HEAVEN) having become a bestseller in Australia and frequent requests from readers for the sequel, I wanted to continue to delve deeper into the conundrum of the divinity of Christ and the humanity of Jesus.

More than anything, I hope to inspire profound thought and provide people with an opportunity to engage in an exchange of ideas.

How Did You Come up With Your Characters?
The main character, Professor Aiden Leonardo, is who I imagine my son growing up to be, given his curiosity about the world, and the way I teach him about the religions of the world.

Nagi, a fan-favorite, is a reflection of my eccentricities, which has gained me acceptance in many circles.

Book Sample
TEL AVIV UNIVERSITY
Tel Aviv, Israel
7:45 a.m.
Sunlight fell through the windows of Emmett’s office as Yeshua handed the sheet of paper back to Aiden.
“That’s a pretty harsh message,” the chief inspector said.
“What’s it say?” Yisrael reached for the sheet.
Aiden was about to hand it over when Yeshua reached across the desk to stop him.
“Oh, right. Evidence,” Aiden pulled back. “May I read it to him?”
“Sure, as long as he doesn’t touch it,” the chief inspector replied.
Aiden cleared his throat before he recited the words on the page:

“He was the last of the false messiahs
Another prince of the Jews claiming to be king,
The fact of his birth concealed by his death
A lie made truth by the Hasmonean kings
Each stone placed must be destroyed
To expose the lie within a god’s tower,
Written in stone by the archangel Jibril
The false faith to be stripped of its power.”

“These words are incendiary,” Yisrael looked up alarmed.
“Well, it’s not the first time such words have been written,” Yeshua shrugged.
“No, but it is the first time they are accompanied by a threat to the Old City,” Aiden interjected.
“What do you mean?” The chief inspector asked.
Aiden held up the sheet of paper and showed him what had been drawn on the other side.
“Is that a map of the Old City?” Yeshua’s brow furrowed as he walked around the desk and stood beside Aiden. He studied the page carefully.
“It appears so, but based on the shape of the drawing it resembles only an outline of the city walls with markings that seem to denote the location of the eight gates of the city,” Aiden observed.
“What are those markings there?” Yisrael peered over Aiden’s shoulder and pointed at the Stars of David drawn in red ink.
“I don’t know,” the chief inspector looked on perplexed.
“Could they be targets?” Aiden wondered.
“Targets for what?” the chief inspector asked.
“Well, on the surface the location of each star may appear random, but each star seems to correlate with the numerous Christian churches located throughout the Old City,” Aiden observed.
“Are you sure?” Yisrael asked. “Even if we pencil in the streets that divide the four quarters of the city, there isn’t a single star in the area that correlates with the Muslim Quarter.”
“And?” Yeshua cast him a perplexed glance. “What’s your point?”
“My point is that there is a Catholic Church in the Muslim Quarter, so if we are to conclude that whoever wrote this poem is targeting Christian monuments in the Old City, it doesn’t make sense that they would exclude that church,” Yisrael answered.
“Maybe it does,” Aiden said with the look of realization dawning on his face.
“How so?” Yeshua asked as he and Yisrael met his gaze.
“The Church of Saint Anne—as it stands today—was originally erected in the 12th century, and unlike many other Crusader churches was not destroyed by Saladin after his conquest of Jerusalem.”
“How does that have any bearing on the subject?” Yeshua asked.
“The location of the church was believed by the Crusaders to be the childhood home of Mary the mother of Jesus. It had been dedicated to her parents, Anna and Joachim.”
“I’m still not following,” the chief inspector said.
“Mary is venerated as one of the most important and righteous women in Islam,” said Aiden.
“You are shitting me,” Yeshua replied.
“She is the only woman mentioned by name in the Quran,” Aiden said.
“Then Muslim extremists are behind the murder of Ben Yaakov,” Yeshua concluded.
“I wouldn’t be so sure,” Aiden grimaced.
“Why not? The evidence is right there?” Yisrael blurted out.
“We still have the reference to the Book of Daniel to consider,” Yeshua pursed his lips and cursed under his breath.
“The Book of Daniel?” Yisrael asked perplexed.
“It’s part of an on-going investigation,” Yeshua replied with a sidelong glance. “Which brings us back to square one.”
“Yes and no,” Aiden said.
“What do you mean?” the chief inspector asked.
“Based on the contents of the poem, someone wants to attack Christianity,” Aiden began. “If we reflect on the words and review the map, we can surmise that the attack will center on locations in the Old City important to the Christian faith.”
“How can you be so sure?” Yeshua wondered.
“Well, I can’t say I’m sure-I’m sure, but given the phrases: ‘last of the false messiahs, each stone placed must be destroyed, and written in stone by the archangel,’ it stands to reason that whoever is behind this attack has zeroed in on the Christian faith.”
Yeshua inhaled deeply as he placed his hands on his hips and stared ahead pensively.
“For what it’s worth, chief inspector, I believe Professor Leonardo is onto something,” Yisrael broke the silence.
“And what is it about your expertise that supports his argument?” Yeshua snapped.
“I am a student of history, and based on the facts presented in that poem there is plenty of history to support the claims of that stanza.”
“The facts?” Yeshua wondered.”
“Let’s begin with the first line of the poem, ‘He was the last of the false messiahs,’” Aiden began. “By the time Jesus had stepped onto the world stage the Roman authorities and the Jewish high priests had grown tired of the countless preachers who claimed to be prophets and messiahs delivering messages of God’s imminent judgment.”
“They number as many as twenty-five false messiahs,” Yisrael added.
“Many whom we know by name, because of the historical record,” Aiden continued. 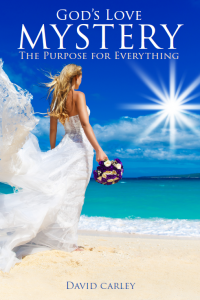 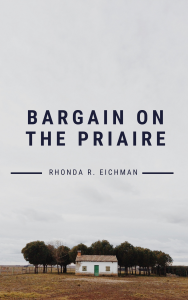 About Featured Book: Bargain On The Prairie by Rhonda R Eichman Annette finds herself stranded on the prairie of the Kansas Territory. With her fiancé dead, she knows she will not be able to drive the covered wagon over the mountains until spring. Alone and terrified, there is only one choice… Cole. Cole knows he […] 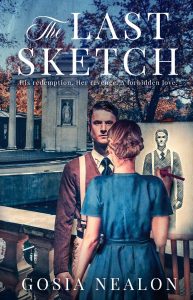 About Featured Book: The Last Sketch by Gosia Nealon On sale for 99 cents from 10/20/21 to 10/24/2021 They both hold tight to a terrible secret. When they cross paths in war-torn Europe, will their destinies lead to ruin… or victory over evil? Poland, 1944. Wanda Odwaga will never stop resisting. As the Nazis occupy […] 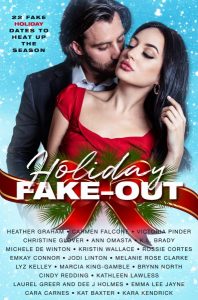 About Featured Book: Holiday Fake-out: 22 Fake Holiday Dates to Heat Up the Season by Heather Graham & 21 more Authors Need a date for the holidays? We’ve got you covered with 22 fake holidates to heat up your season! Travel from small towns to cosmopolitan cities, snow covered mountains to gorgeous mansions. You’ll meet […] 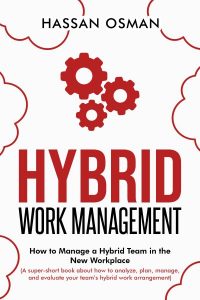 About Featured Book: Hybrid Work Management: How to Manage a Hybrid Team in the New Workplace by Hassan Osman The future of work is hybrid. This is a super-short book about how to analyze, plan, manage, and evaluate your team’s hybrid work arrangement. You’ll learn a step-by-step process that helps you manage your hybrid work […]