You are here: Home / Bargain Books Under $3 / The Last Noah by David Cuff 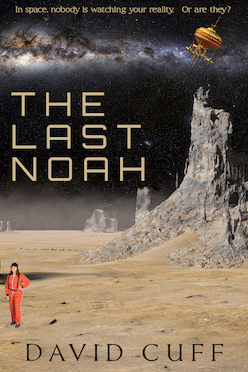 The Last Noah by David Cuff

Robin and Miranda go to bed in their separate rooms, but wake up somewhere else. Somewhere that is alien and way outside their comfort zone. However, as they discover more about their new surroundings and have several unusual and action-packed adventures, they begin to suspect that all may not be as it first seemed. As the days progress, their passion for each other grows as their relationship develops emotionally and physically. However, is someone or something watching them? Why do they keep discovering things which don’t feel right? And what’s the story behind the various androids who they meet during their adventures?

As well as being a fast-moving science fiction action and adventure novel, this book touches on several social topics. Covert surveillance; humanity’s journey after the extinction of Earth; how AI might develop; and whether humans would, one day, upload their minds into robots (and, if so, what sort of society might result?)

“A unique take on the sci-fi genre which throws questions at you from the word go.” “A good mystery SiFi with a conspiracy tone running through out the story.” “The suspense is gripping.” “Fun book; Good read, interesting characters and plot.” [Readers’ reviews of The Last Noah]

What Inspired You to Write Your Book?
I was inspired to write this book by my love of 'social' science fiction. As a younger person, I enjoyed reading novels in this genre, such as those by Isaac Asimov. I hope that you'll find my book to be written in a similar vein. I was also motivated by my desire to do something creative in my life which, hopefully, will bring enjoyment to many readers.

How Did You Come up With Your Characters?
The two principal characters, Robin and Miranda, are loosely based on a blend of personalities from key people who I have known in my life. I wanted to portray how their relationship develops during the story, whilst strongly bringing out their personalities as a main feature of the plot.

Book Sample
Robin Lontan and Miranda Suzmanci had been flatmates for a couple of months. So far, their lives in one of the more pleasant suburbs of London had been fairly uneventful. Life, as most of us have discovered at some time or another, has a habit of throwing in completely unforeseen and often extreme experiences that become life-changing. Miranda and Robin had no way of knowing that this was about to happen to them. Their lives were about to be propelled onto a new and unexpected course.

Robin's role as a laboratory technician for HM Government meant that he had to work long hours. Miranda’s role as an assistant curator for an art gallery in the City involved lengthy commutes at each end of the day. So, as always, it had been a long day at work for each of them. They went straight from their respective workplaces to a summer evening's garden party put on by a mutual friend. It was a really enjoyable night, marred only by the unseasonably cold evening air. Robin and Miranda were tired, so they were pleased when they eventually got back from their night out, having shared a taxi back to their two-bedroomed flat. After Robin had retired to his bedroom, Miranda looked around hers. She had only just finished re-decorating it and was proud of her work. The pale blue walls nicely complemented the soft white bed linen, which she’d chosen carefully. The antique French style furnishings looked good, too. She had worked hard on it all and was glad that it was now finished.

In the other room, Robin slid into his bed. Very tired, he soon drifted off to sleep. Around 2 am or so, he woke up. He could hear a gentle humming noise, or maybe it was the sound of distant engines reverberating? He listened for a while and couldn't imagine what it could be. He turned on the light.

He was lying in his bed in the middle of a perfectly cubical room, whose walls, ceiling, and floor were made of shiny steel. There appeared to be nothing at all in the room except his bed, his bedside table with its light, and an exit door. This was not the usual door; it was also made of steel and had two softly illuminated buttons on the wall next to it. Robin assumed that he was dreaming, so he shook his head and closed his eyes momentarily before re-opening them. The room around him was exactly the same. He had no idea what was going on. Cautiously, he got out of bed, put on his dressing-gown which he always left on top of the bedcover, and went to the bedroom door. The two buttons appeared to be identical, so he pushed the upper one. Nothing happened. So he pushed the lower one; the door smoothly and silently glided open to reveal what was beyond. Stretching away to the left (tens of yards at least, it seemed) was a corridor, with the same shiny steel walls, ceiling, and floor; along both walls were countless rows of doors, each with two buttons identical to the ones that Robin had just used to open his. He could see Miranda's door next to his, where it had always been (except that it was now made of the same shiny steel). So although he didn't want to wake Miranda from her well-earned slumber, and was (by their agreed house rules) not supposed to enter her bedroom, he knocked on her door and went in. Her room now looked the same as his, cubical and shiny. Miranda was asleep in her bed, which was now the only furniture in the room apart from her little bedside table.

She did so, and startled. She sat bolt upright in the bed in her pyjamas, the covers wrapped around her, for what seemed like almost a minute, speechless. Robin said, "you are obviously seeing the same as me, aren't you?" "Yes," said Miranda, in a low, hesitant voice.

Robin went back out into the corridor. Miranda put on her dressing-gown and joined him. They couldn't believe what they were seeing; the rest of their flat had gone and had been replaced by something completely different. 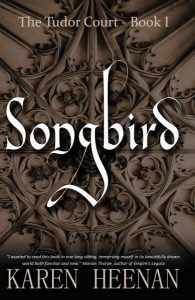 About Featured Book: Songbird by Karen Heenan Bess has the voice of an angel, or so Henry VIII declares when he buys her from her father. As a member of the Music, the royal company of minstrels, Bess grows up within the decadent Tudor court, navigating the ever-changing tide of royals and courtiers. Friends come […] 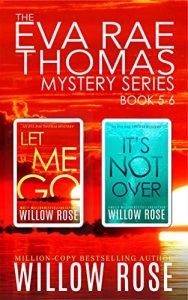 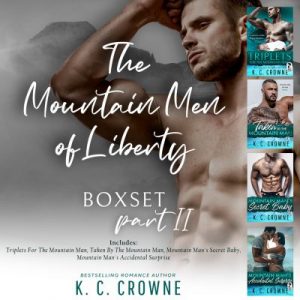 About Featured Book: Mountain Men of Liberty Series by K.C. Crowne Journey to the picturesque mountains of Liberty, and take part in the heart-pumping romances of four deliciously rugged mountain men and the lucky ladies who capture their frozen hearts. All four books hit the Amazon Top 100 charts! Book One: Triplets for the Mountain […] 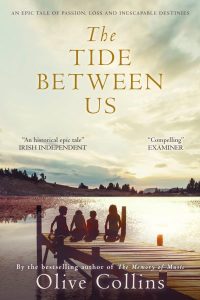 About Featured Book: The Tide Between Us by Olive Collins 1821: Among the thousands of Irish deportees to the Caribbean British Colonies is a 10 year old Irish boy, Art O’Neill. As an Indentured Servant on a sugar plantation in Jamaica, Art gradually acclimatizes to the exotic country and the unfamiliar customs of the African […] 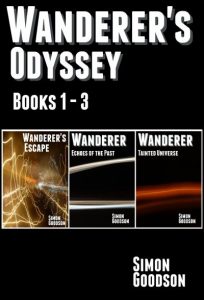 About Featured Book: The Epic Space Opera Series Begins by Simon Goodson Wanderer's Odyssey – Books 1 to 3, free! The Empire will kill him for stealing this ship… but they have to catch it first! To the Empire the Wanderer was just another booby-trapped ship to claim, and Jess was just another worthless slave […]