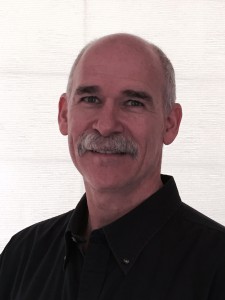 Author Bio:
Scott Kramer is a former investment advisor and now runs a manufacturing company. He grew up in New Jersey and has a Bachelors Degree and Masters Degree, both in finance. He lives in Los Angeles with his wife and three children. False Pretenses is his debut political thriller novel.

What inspires you to write?
I just have these stories in my head that I want to tell. I’m a creative person. When those ideas are for physical products, I design them and make a prototype to see if it’s marketable. When they have been, I’ve manufactured them. When it comes to a story, I try to write it down and develop it into a book.

Tell us about your writing process.
I just sit down at the computer or my iPad and let the story develop as I type.

For Fiction Writers: Do you listen (or talk to) to your characters?
With my protagonist and antagonist they each had to have distinct personalities. Their personalities formed as I began to write. For my protagonist, I went with his greatest weakness that he was honest to a fault, but because he was in politics, he had to be willing to put his ego front and center and he must be willing to accept some grey, along with black and white. For the antagonist, I let him have his greatest strength a willingness to do whatever it takes to get what he wants.

Who are your favorite authors?
I really like Vince Flynn, Daniel Silva, Brad Thor, and Lee Child. I’ve stayed up way too late reading all of their books. I’ve turned a number of other people on to them as well and they curse me for it.

How did you decide how to publish your books?
When I first wrote it, I sent inquiries to agents, but didn’t get much of a response. It was at that point that I decided to self-publish.

What do you think about the future of book publishing?
It’s hard to say. I think there will always be a place for publishers, but self-publishing is growing. If, on the other hand, self-publishing doesn’t work well for most authors, we could see the pendulum swing the other way, and move back toward traditional publishing. Time will tell.

What genres do you write?
So far, I’ve only written the political thriller, however I’m currently writing a crime drama and I have a few others in that genre that I still want to write. I also have a non-fiction book that I’m interested in writing, and I hope to get to it soon.