You are here: Home / Fantasy / Interview with Author – Joleene Naylor 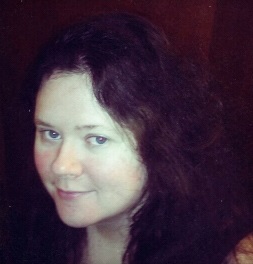 Author Bio:
Joleene Naylor is the author of the glitter-less Amaranthine vampire series, a world where vampires aren’t for children. As a compliment to the novel series, she has also written several short stories, including the Vampire Morsels collection.

In her spare time, Joleene is a freelance book cover designer and for-fun photographer . She maintains several blogs full of odd ramblings, and occasionally updates her website at JoleeneNaylor.com. In what little time is left she watches anime and pins recipes and DIY, all from a crooked Victorian house in Villisca, Iowa. Between her husband and her pets, she is never lonely, and should she ever disappear one might look for her on a beach in Tahiti, sipping a tropical drink and wearing a disguise.

What inspires you to write?
I’ve always made up stories in my head, but what inspires me to write them down and publish is that I’ve been irritated by various main stream clichés. When I started the Amaranthine series I was tired of kick-butt females who seemed to go from plain Jane to vampire killer in a span of five pages, not to mention that there were never repercussions. No one bothered to explain how this new vampire life style affected her family, her friends, the house she left behind. And she was always so hot/sexy/gorgeous/clever/sassy that every vampire/werewolf/man that saw her instantly wanted her. Characters like that make me go “bleh”, so I wrote something different.

Tell us about your writing process.
My writing process is a mess. I generally have a very vague idea of a sort of overall basic plot, but most of it happens as I go along. Sometimes it writes itself, and other times I have to spend hours agonizing, and brain storming, and begging everyone I know to come up with an idea. That’s why I like to surround myself with creative people.

For Fiction Writers: Do you listen (or talk to) to your characters?
Most of the characters come up with their own dialog. I throw the situation at them and then write what they do. I find that when I get stuck it’s because I am using too much “me” – I am trying to control and push things. If I back off and let them go, the characters will direct the story for me. It just gets hard sometimes to do that.

Who are your favorite authors?
Tricia Drammeh’s Spellbringer series is as awesome as awesome sauce! It’s a magic/fantasy YA in a contemporary setting that follows two girls – one who discovers she is a magical Spellbringer, and one who, though just an ordinary human, finds her life interwoven with the magical people.
CG Coppola’s Arizal Wars series is a great fantasy/sci-fi that centers around Fallon and Reid and begins on a mysterious planet where the pair are prisoners of a lizard-like race. (I don’t want to spoil anything!)
DM Yates’ Always series – wherein the characters are reincarnated through different lives – and her Dimidiums series are good. For more Sci-Fi Barbara Tarn has some very outside the box offerings, and of course I love J.R.R. Tolkien, Edgar Allan Poe, and some old skool VC Andrews.

How did you decide how to publish your books?
I chose self publishing because I wanted to retain all the rights to my work. I wanted to say when, why, how much, and how often, and I’ve been quite happy that way.

What do you think about the future of book publishing?
As Mark Coker says, it only gets harder from here. Whenever there is an open playing field you’re going to get a lot of players. Eventually we’ll come to a point where the filed is so crowded, no one is playing anymore, just standing elbow to elbow, and that’s when people will either start walking away, or new gate keepers will appear (Perhaps Amazon will start choosing who gets to publish and who doesn’t, for instance) until it’s back to the way it was before and then it will start all over. Everything is a cycle, and publishing is no different.

What genres do you write?
Paranormal, fantasy, romance, urban fantasy