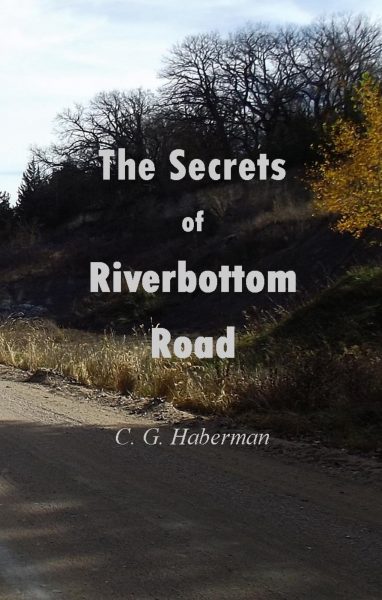 About Featured Book: The Secrets of Riverbottom Road by C. G. Haberman

For Jack Wiley, a respected writer, hell begins during a contentious meeting with his new supervisor. The hellfire continues with an emotionally charged trip to his hometown, where battering and bettering change him but does not prepare him for the fateful night that nearly destroys him.
From the moment Jack Wiley leaves his home in Loveland, Colorado, the odd feelings begin. His emotions of anger, annoyance, contempt, and sadness ebb and flow until he reaches his first stop in Kansas, where he begins to feel at home after thirty years away. The next day, as Jack descends into the river valley south of Lohfton, Nebraska, nostalgia grips him. The latent images of friends and adversaries come into focus as he leans against his vehicle parked at the highway and Riverbottom Road intersection.
In the next four days, Jack is welcomed, buffeted, denigrated, wined, dined, and humbled. Each day builds strength and love for his family, friends and unlocking the secrets of Riverbottom Road. The last night in Lohfton explodes with a fury that leaves him at the mercy of the reliable, decisive friends in his life.