You are here: Home / Audiobook / Featured Book: Prince of Hearts by L A Cotton 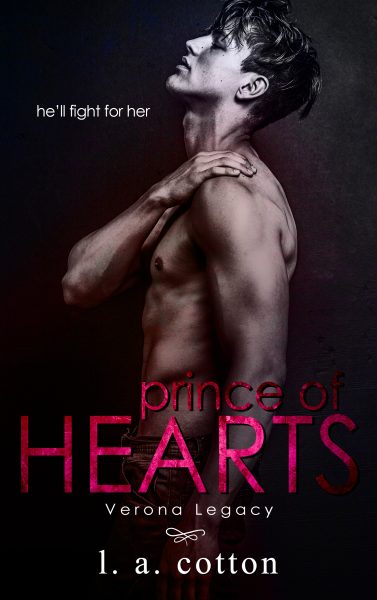 About Featured Book: Prince of Hearts by L A Cotton

Arianne Capizola is her father’s daughter.
Humble. Hardworking. Honest.
She’d rather spend her days helping at the local shelter than brushing shoulders with her vain and entitled classmates.

Niccolò Marchetti is his father’s son.
Dark. Dangerous. Deceitful.
He’d rather spend his days getting bloody in the ring than attending class and keeping up pretenses.

When their paths cross at Montague University neither of them are willing to drop the walls they’ve spent so long building. But he can’t resist the girl with stars in her eyes, and she can’t forget the guy who saved her that night.

There’s only one catch.
Nicco isn’t Arianne’s knight-in-shining-armor, he’s the son of her father’s greatest enemy.
He is the enemy.
And their families are at war.

This Romance book is available in these Formats: eBook, Print, Audiobook