You are here: Home / Bargain Books Under $3 / Lost in Wildwood by Jason Ryan Dale 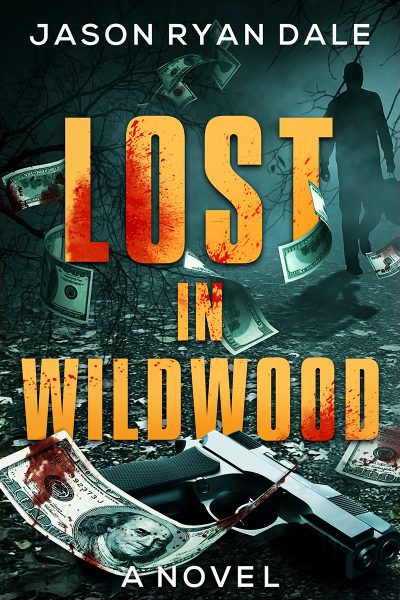 Joshua has been a thief all his life. The biggest score he’s ever seen just fell into his lap. There are stacks of cash in a backroom practically waiting for the right crew to grab them. The planning and preparation have been painstaking, but years in the game have brought Joshua to this moment . . . and he’s ready!

So why is there a knot in his stomach whenever Joshua wakes up in the morning? Maybe it’s because the job breaks every rule that has kept him safe all these years. It involves guns, shady partners, and powerful people who don’t appreciate getting robbed. Or it could be the beautiful girl who’s bringing out feelings Joshua thought were just for other people. The girl who’s making him wonder if there’s something more to life than just the next score.

Only two weeks to get everything set. When the big night comes, bullets fly and friends become enemies. This job is going to end in a test of all Joshua’s skills, and a reckoning with all his demons.

What Inspired You to Write Your Book?
I think that most writers are trying to learn from their experiences by reliving them in their heads over and over. We become simultaneously obsessed with and bored by those experiences, so we make things up to make the process interesting and more helpful.

I always say I write about emotionally and morally conflicted individuals who happen to shoot at each other. I've never been in a shootout, or committed any kind of violent crime, but they fascinate me. Contemplating decisions made for the highest stakes teaches me about my own character and psyche. I cannot be sure, but I can hope that others can learn from my stories as well.

How Did You Come up With Your Characters?
Start with a dash of autobiography. Add a half jigger of people I've known and read about. Spike it with a healthy draught of imagining life and death situations and how I would react if I had to live through them.