You are here: Home / Interviews / Interview with Author – Mark Binmore 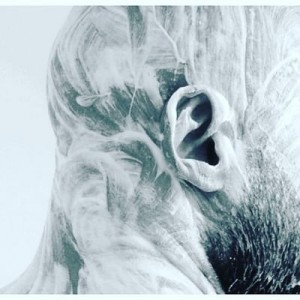 Author Bio:
Mark Binmore (born 1971) is a British novelist, author of Now Is Not The Time For Trumpets and many other books. In 2015 Mark was ranked one of Britain’s 100 new influential LGBTQ writers. It was declared that ‘he is widely regarded as one of Britain’s most promising novelists, quite regardless of sexuality’. Some of the novels by Mark Binmore are engaged in the excavation of secret histories in the teasing out and restoration of events that have taken place beneath the surface of society. Mark was the subject of Tour De Europa (2015) a book by Chris Henson who followed Mark on his book tour and wrote an observational account of a new author on the road.

Now Is Not The Time For Trumpets (2014) is a fictional memoir of a beautiful, bright young thing Stephen Wallingford. Flitting between the past and present, an account of loss, love, regret is explained through the means of an interview. The book was nominated for two international book awards and is currently being adapted for film. A Life Of Parties (2015) takes one character featured in Trumpets, Agatha Dewsbury and her life story is presented as a fictional biography. In her short life, Agatha changed from a suburban daughter to a darling of the newspaper gossip pages only to be scandalized and shamefully snubbed and ignored by friends and common folk alike. Both Trumpets and Parties were published together in one special edition Simply Divine (2015).

A Sorta Fairytale (2015) brings together his complete collection of short stories and prose with new liner notes. The collection features all works previously published in Even When Tonight Is Over (2010), The Hair Of The Hound (2011), Hounds Of Winter (2013) Jig Of Life (2014) Soon Before The Sun (2014) and Ember Asleep (2014). Jig Of Life was published in USA and Canada as The J.

Take Down The Flags (2016) gives stories, poems and memories from May 1945 and has reflections of war from both sides, a chance to look back, to echo on a period of conflict., to laugh, to cry, to relive the pain, the sorrow and the gratitude, but most of all, to make you live again.

Two novels are currently in the works alongside two collections of recipes, Christmas and Kitchen and a co-authored project with Jim Harm provisionally titled Kiss The Sky. Mark has also published two memoirs, In Search Of The Fabulous People (2013) and Reflections – Through The Orb Window (2016). Initial copies of Ember Asleep came with a bonus music disc titled Aspects Of Ember Asleep featuring six pieces set to music which was produced by Mark. A single Vortex has also been released. Two additional novels have been published under a nom de plum.

What inspires you to write?
Life, memories with a touch of fiction thrown in for good measures. I am inspired by people around me, names, places, events that have had happened either in my life or others and then I put a twist on them so I change the ending or reset the time in which it has happened. My first two books were mainly set in the in-between war years (20s an 30s London), a time which has always inspired me.

Tell us about your writing process.
I always carry notebooks with me so I can capture a word, a sentence or character that I have seen. From that its mainly creating a character. For my Trumpets book I had to devise a whole set of character biographies at the end of the boo, this involved lots of white paper outlining their lives, when they were born, died, id they marry, have children or not, what impact did their lives have on others or indeed the world. You feel like you are God and Juror in one sitting because despite these characters being fictional you are creating a life.

For Fiction Writers: Do you listen (or talk to) to your characters?
For dialogue I always read out what the person is saying and then make sure the language fits with the period of the piece. Many people including reviewers and critics assumed (incorrectly as it goes) that I was Stephen in Trumpets and that his life was based on mine because certain phrases he came with was what I said. But that was testing dialogue in character and he was nothing like me.

Who are your favorite authors?
I am a great one for reading biographies of people, real people that have lived and survived. I have just finished Murder At Christmas by Francis Duncan. This is a traditional whodunnit set at a Christmas house party. Period details and atmosphere add to the enjoyment and with plenty of suspects and red herrings it is a perfect treat for detective fiction fans. I enjoyed it so much I am now trying to trace other books starring Mordecai Tremaine, the amateur detective in the story, although none seem to have been reprinted.

How did you decide how to publish your books?
My first book – Even When Tonight Is Over – was self published six years ago and I was lucky enough to be hunted by a publisher and agent who saw some kind of potential and contracts were signed. Last year I resigned with them as well as getting new American agents on board. It’s great having a good team of people behind you pushing you forward onto the next project.

What do you think about the future of book publishing?
More and more people now self publish. The tools are out there and with social media on the increase its easier than before to create and publish a book on anything. But having a book out there doesn’t mean it will sell so if you think you are in this to sell thousands its not for you. I have never been bothered about selling fifty copies or five hundred thousand editions, as long as its out there and enjoyed. We will still have books in the future, digital copies are find but holding a book and flicking thorough the pages is still kind of special to me.

What genres do you write?
Fiction, poetry, prose, biography