You are here: Home / Interviews / Interview with Author – Janice Croom 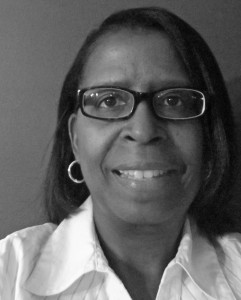 Author Bio:
Unlike some, I didn’t start out to write a novel. I viewed learning fiction techniques as a means to improve my non-fiction writing. To that end, I took an eight-week class on how to write a novel.

Our assignment was to write the first chapter of our book. I volunteered to read mine aloud. After I finished, the class applauded.

“That’s really good,” my teacher said. “What happens next?”

I reminded her that she’d asked us to write the first chapter, not what happened next, so I had no idea. She pushed me to continue the story, and by the end of the class, I wanted to know what happened next. That quest, to tell my character’s stories, to give them a voice, to learn what happens next, drives me as a writer.

Since then, I’ve sold 15 short stories and written three novels. The first two books in the Kadence MacBride Mysteries: Death of an Idiot Boss and Death of an Island Tart, and Build a Mate, the first Holiday with Love Novella are available on Amazon. The One, the second Holiday with Love will be published later this year.
As a work in progress, Death of an Idiot Boss placed second in the Daphne Du Maurier Award of Excellence for Unpublished Romantic Mystery/Suspense. Death of an Island Tart was a semi-finalist for the Amazon Breakthrough Novel Award, second place for the Daphne Du Maurier Award for Unpublished Romantic Mystery/Suspense and won the Go On Girl Unpublished Writer Award. I’ve also been awarded residencies with the Great River Writers Retreat and Writers in the Heartland in addition to winning an Illinois Individual Artists Professional Development Grant for Literature.

It is my sincere hope that you enjoy reading my books as much as I’ve enjoyed writing them.

What inspires you to write?
To me, writing as reverse reading. Toni Morrison said, ‘If there’s a story you want to read that hasn’t been written, you must write it.’ As an African-American writer, I tell the stories I want to read featuring the characters I see in my mind’s eye.

From the Emmys to the #weneeddiversebooks campaign in Social Media, there has been a huge push to increase diversity in entertainment channels. I have the unique perspective of being a child of the sixties Civil Rights Era and having parents who survived the Jim Crow South and shared their experiences with me. As a result of their sacrifice, and the sacrifice of previous generations, I’ve had opportunities that they couldn’t even have imagined. That background resonates in my stories.

As such, I’m not tied to any one genre, form or time period in the stories I tell. My protagonists range from conjure men to business people to aliens. I’ve sold stories from slavery through modern day and written mysteries, romances, confessions, science fiction and fantasy. The story drives everything.

Tell us about your writing process.
First off, I have far more story ideas than I’ll ever be able to write and a production calendar that extends into 2018. When I get an idea, I open a file for it in Scrivener writing software and write everything I know about that story idea. It may be character descriptions or snatches of dialogue, research… This is a free form exercise devoid of any and all editing. Scrivener gives me the freedom to develop folders for those things I know without getting stifled by what I don’t.

When a story pops up in my production schedule, I start by going back and reading through what I wrote in my brainstorming session adding any new information that pops up. Only then do I start overlaying story structure on my idea. At this point I try to complete the 15 story beats from Blake Snyder’s Save The Cat books.

If I’m writing a mystery I work out the major scene breaks making sure that both the discovery of the body and introduction of all the suspects happens before the first act. I develop a spreadsheet outlining what makes each of the suspects a suspect (means, motive and opportunity which of course they all have). Then I start writing, stopping to develop scene cards (goal, opposition, strategy, resolution, next scene coming from this one), where necessary.

For romances I also use a beat sheet just with different questions: cute meet, why they’re wrong for each other, the lie they both believe and how it will manifest itself. what makes them change their mind, first kiss, breakup, final reconciliation….also stopping to write scene cards where necessary.

This usually gives me enough information to write a first draft. Once it’s written, I outline the synopsis, goal and chapter breaks for each scene. This helps me find plot holes.

For Fiction Writers: Do you listen (or talk to) to your characters?
I recently visited a book club where I was asked how I came up with my characters. My response was they talked to me. I wish I could have had a camera to capture the expressions this response evoked. Yes, it’s true, I hear voices. When I’m writing, especially when I’m writing dialogue, my characters speak to me and through me. I’m a firm proponent of reading/writing dialogue aloud and when I do so I do it in the character’s voice, so one way I interact with my characters is they talk to me and I talk to them.

Even though I do a form of outlining as discussed in the previous question, that doesn’t stop my characters from surprising me. I remember writing a scene in the first book I ever wrote (which now is book three in my murder mystery series) and the doorbell rang. When my heroine, Kadence, opened it, her boyfriend Terrence was standing there. The thing was that was my first knowledge that Terrence even existed and changed the whole direction of the books I wanted to write. The best way to describe my vision for my murder mysteries is making Kadence and Terrence an African-American Nic and Nora Charles from the 1940’s Thin Man Series. They’re not there yet. In fact, it’ll take a lot of dead bodies and growth on both their parts to get there, but they eventually will.

Who are your favorite authors?
J. K. Rowling is a genius. Like many people I read the Harry Potter books and saw the movies, but I’ve recently started rereading those books and it’s through the reread that I’m seeing the genius of her world building. I also admire: Robert Parker’s use of language in the Spencer novels. Michael Crichton’s story telling in Jurassic Park. I started that book in the San Francisco airport and read it straight through. I recently reread it too, and the language is rather pedantic, but the story, fascinating. Currently, I’m reading Kareem Abdul Jabbar’s ,Mycroft Holmes, a really interesting addition to the Sherlock Holmes canon.

How did you decide how to publish your books?
I’m a hybrid writer, meaning that I’m traditionally published and self-published. All of my short stories are traditionally published and my novels are all self-published. What drove my decision was the difference in contracts between the two. With my short stories, for X-dollars, I sell my rights for a set period of time (usually anywhere from six months to two years) for a specified amount of money. At the end of that period of time the rights return to me and I’m free to do what I wish with the story. One of the projects on my to do list is to take some of those stories for which I’ve received the rights back and publish them.

I decided to self publish my novels because of the onerous terms in many of the contracts from mainstream publishers. Everything from only receiving bi-annual royalty statements and payments, (with Amazon I have hourly sales updates and am paid monthly), to the fear of losing my rights to my characters and my series. Self publishing is a ton of work, but it was the right decision for me.