You are here: Home / Interviews / Interview with Author – Glynnis Campbell 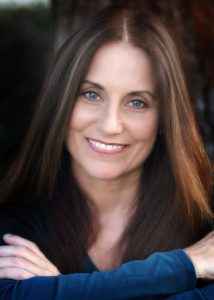 Author Bio:
Glynnis Campbell is a USA Today bestselling author of over two dozen swashbuckling action-adventure historical romances, mostly set in Scotland, and a charter member of The Jewels of Historical Romance — 12 internationally beloved authors. She’s the wife of a rock star and the mother of two young adults, but she’s also been a ballerina, a typographer, a film composer, a piano player, a singer in an all-girl rock band, and a voice in those violent video games you won’t let your kids play. Doing her best writing on cruise ships, in Scottish castles, on her husband’s tour bus, and at home in her sunny southern California garden, Glynnis loves to play medieval matchmaker… transporting readers to a place where the bold heroes have endearing flaws, the women are stronger than they look, the land is lush and untamed, and chivalry is alive and well!

What inspires you to write?
I'm influenced by everything I experience–travel, friendships, films, conversations, news–and my natural outlet has always been words. I'm frequently considering "what ifs," which send me down story paths.

Tell us about your writing process.
I'm a hybrid plotster. I have a rough outline of things I'd like to happen in a story, but what keeps me going is not quite knowing how they're going to unfold. I experience the adventure right along with the reader that way. I always "cast" my books with actors so I can visualize their gestures and expressions, but their personalities don't really firm up until I'm well into the book. I only write one draft and polish as I go, so when I'm finished, I need just a few read-throughs to make sure the pacing works. The most amusing/infuriating thing for me is when I've written a scene and the character tells me s/he absolutely would NOT behave that way, so I have to rewrite it. But they're always right!

For Fiction Writers: Do you listen (or talk to) to your characters?
My characters volunteer information that helps with the story, and sometimes they tell me things that take me completely by surprise, which is always fun. I'm sure I look completely nuts when I'm writing, because I sometimes murmur the lines to make sure they feel authentic to the character.

Who are your favorite authors?
I read a lot outside of my genre, and my all-nighter author is Dean Koontz. I consider his writing "horror romance." I love reading Malcolm Gladwell's essays and short fantasy by Ray Bradbury, medical thrillers by Tess Gerritsen and Regency romance by Erica Ridley. I also enjoy how-to books and biographies. When it comes to historical romance, the authors who inspired we are Jude Deveraux, Julie Garwood, and Penelope Williamson.

How did you decide how to publish your books?
I began in the era before self-publishing and sold to Berkley Books, Grand Central, and Hachette. After 10 years, my career was actually winding down when self-publishing became possible. I got my rights back and published my backlist myself, then began writing new books. What took me a year to earn, I was making in a month, mostly because no one was pulling my books off the shelf after two months to make room for other authors' new releases and because I was in charge of my own marketing and promotion. It's hard to imagine going back to a traditional publisher.

What do you think about the future of book publishing?
I think the genres are becoming more and more fine-tuned. Where Historical Romance used to be a single genre, now readers may be interested in Scottish medievals or sweet Amish books, Victorian vampire stories or steamy pirate novels. Rather than having to cater to what the majority of readers want, authors are able to write for specific audiences, so it's a win-win situation.