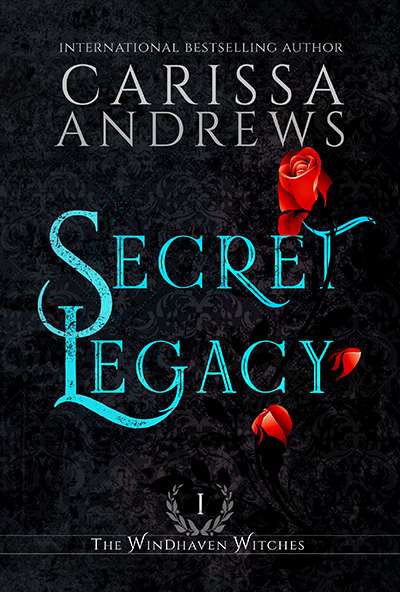 Nestled in the woods of Windhaven, Blackwood Manor waits to unleash a dark and deadly legacy…

When Autumn Blackwood shows up at Windhaven Academy for the Witching Stick Orientation, she hopes to find out what dormant powers she could possibly possess to have been accepted to the elite supernatural school. Instead, the academy is in chaos as everyone frantically hunts for two missing girls.

But as school begins with Autumn no closer to figuring out her powers, strange occurrences start to follow her everywhere. Even at home, Blackwood Manor keeps many secrets, and Autumn can’t escape its haunting past.

New friends urge her to learn more about her family’s history in order to unlock her powers and make sense of what’s happening at Blackwood Manor, but Autumn’s not so sure. Once an accident brings Autumn face-to-face with death, however, she realizes her gifts are tied to a legacy that can either save or doom them all…

Get it for the preorder price of 99¢! 50% of all royalties are donated to the American Cancer Society.

This Fantasy book is available in these Formats: eBook