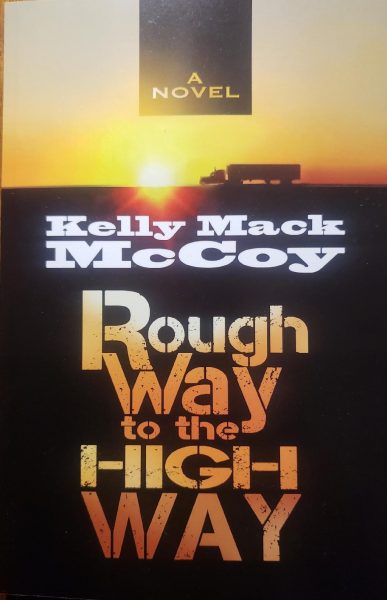 About Featured Book: Rough Way to the High Way by Kelly Mack McCoy

Pastor turned long-haul trucker, Mack, struggles with grief and perceived failures as a minister while he is confronted with a mysterious hitchhiker, smugglers, and a determined killer.

A journey that began as a search for solitude and windshield therapy after his wife Georgia's murder becomes a high stakes adventure as a Texas Ranger and high ranking FBI agent seek to track down her killer.

A pair of hapless criminals botch an attempted break in of Mack's trailer which leads to the discovery of a sinister plot involving Georgia's killer. Mack's journey from his hometown of Pampa, Texas to Chicago introduces a cast of characters who seek to use him to deliver a load far more destructive than anyone could have imagined.

This Christian book is available in these Formats: eBook, Print, Audiobook