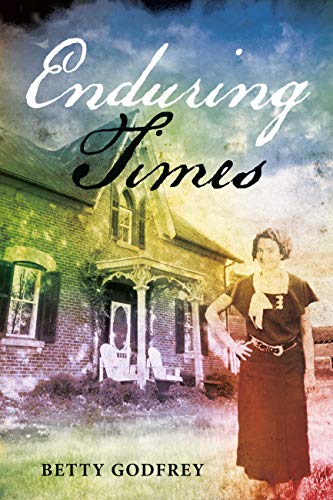 The story begins in Pittsburgh’s in the early 1900s, where we meet Jennifer, her husband Bill, and their children. Bill works for Jennifer’s father’s bank. Jennifer’s mother raised her and her sister on a tight lease allowing them very little freedom Jennifer defied her mother when she enrolled in a Nursing Academy and again when she eloped with Bill. Her mother screamed, “You’ll regret the day you married him, then never spoke to her again.
Five years went by and Jennifer felt she was the happiest
woman alive. She lived in a beautiful house on ten acres of farmland, with her handsome husband and three beautiful children. One morning Jennifer noticed her son Andrew had a high fever and urgently called their family doctor. He quickly arrives and examines Andrew. His throat and ears are infected. The doctor gives Jennifer medicine that she must give him every four hours.
Bill stays by Andrew’s bed during the night and in the early morning, falls asleep. After two hours he suddenly awakens and notices that Andrew is not breathing. The family doctor rushes over, and tells them that Andrew has passed away. Bill blames himself for the death of his son and spirals into alcoholic addiction. Bill disappears and is discovered half-dead in an alley by a faith-healing church’s pastor. Bill has lost his memory and the pastor takes care of him. When Bill regains his memory he returns to his family. Jennifer is happy to have her husband home until he tells her he has joined the Savior’s faith healing church. He is no longer
Catholic and insists Jennifer and the children join his church. He becomes abusive when she resists. After weeks of fighting she agrees to go to his church for the children’s sake, but secretly continues to go to the catholic church. Bill refuses to work at the bank and devotes his time to the church receiving little salary.
After a few years Bill is offered a position as a missionary in the jungles of Cartagena, Columbia. South America. Bill will preach the word of God to the natives and Jennifer will teach school and take care of their illnesses. They leave for Cartagena by freighter, prepared to stay for five years. When they arrive at the port it is crowded and dirty and very few speak English. Hours later someone from the village arrives and they take an eight horse and buggy ride to the jungles. They arrive at a dirty broken down shack where they are expected to live. After the initial shock they adapt nicely to the primitive environment and the children enjoy their new friends.
Three years later Jennifer becomes pregnant. Upon discovering her pregnancy, the tribal chief tells Jennifer and Bill, “When your baby is born, I will give you a great honor. I will make your child my own.” They refuse as they do not want to give up their baby and the chief becomes angry and says “It will happen.” Jennifer is hysterical she doesn’t want to give up her baby and they decide to return to the United States. They wire the church for money and are told they must stay. They pay for their passage by working on a freighter as nurse and preacher. After weeks at sea they anchor in Philadelphia at the height of the great depression where conditions are disastrous. They call their family for money and told their parents have lost everything. They don’t know what to do! They have three children, another on the way, and no place to stay. They find help and the family struggles to survive. Not only must Jennifer grapple with starvation and hardship but also with a volatile husband who becomes fanatical. Could you endure what Jennifer goes through???
I tried to creates an evocative portrayal of harrowing experiences that will emotionally attach readers to the principal figure Jennifer. Ushering readers through time and space in situations where women faced heavy restrictions in day-to-day life,