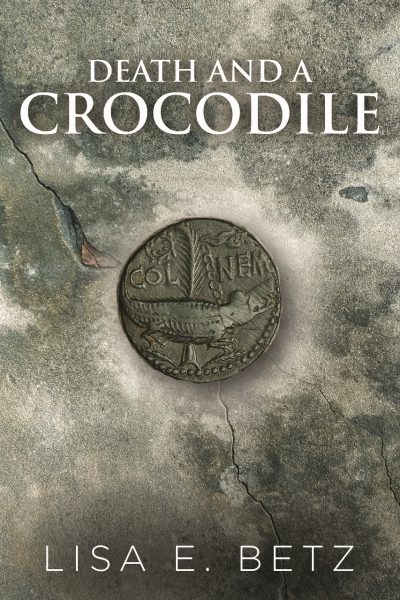 About Featured Book: Death and a Crocodile by Lisa Betz

In ancient Rome, sensible women don’t investigate murders.
Or do they?
Livia’s father is dead and her innocent brother accused of murder. What’s a girl to do?
Find the criminal herself, obviously.
So Livia and her spunky maidservant pound the ancient Roman pavements in search of the killer, with the help of a reluctant lawyer, a lovelorn merchant, and a handful of loyal servants. Will she find the killer in time, or will her meddling lead her into deadly peril?
You’ll love this fast-paced mystery set in first-century Rome, featuring a feisty amateur sleuth, a cast of eccentric characters, a glimpse of the early church, and an unrepentant, sausage-snatching cat.
“Definitely a recommend-to-all-your-friends kind of novel!” Goodreads review.