You are here: Home / Archives for diy 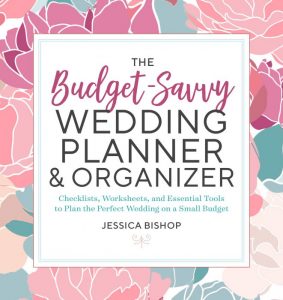 The Budget-Savvy Wedding Planner & Organizer by Jessica Bishop Is your big day price tag giving you wedding bell blues? With the skyrocketing cost of planning a wedding, a majority of newly engaged couples find themselves opting for an intimate ceremony they can plan affordably. Whether your happy day is a low-key celebration or a lavish affair, The Budget-Savvy Wedding Planner & Organizer provides everything needed to plan a dream wedding on a realistic budget. With write-in … END_OF_DOCUMENT_TOKEN_TO_BE_REPLACED

Author Bio: Pete Christensen is an accomplished comedian, broadcaster, and writer. He hosted his own television program in Milwaukee, Wisconsin for eight years and Flagstaff, Arizona for a decade. He also hosted long running, successful radio shows in both Wisconsin and Arizona. Pete has won several Midwestern Music and entertainment awards, as well as numerous broadcasting awards. He has written the world's first 'comedy cookbook entitled "The Roughcut Cookbook", available at AKW … END_OF_DOCUMENT_TOKEN_TO_BE_REPLACED

Author Bio: Kyle Martin Ransom is an American entrepreneur who was also a U.S. Navy War Veteran under Top Secret Clearance. Ransom serves as the CEO of Ultisky, Inc. specialized in providing online publishing, mobile publishing, and e-commerce. He is a seasoned financial industry expert and a former mortgage broker with over 16 years of experience. Ransom was also a real estate investor and developer. Kyle, has a strong passion for music and implementing music projects. What inspires you to … END_OF_DOCUMENT_TOKEN_TO_BE_REPLACED