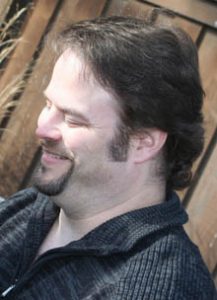 Author Bio:
W.D. Kilpack III is an award-winning freelance writer published in two countries, with works appearing in print, online, radio and television, starting with his first publication credit at the age of nine, when he wrote an award-winning poem. As an adult, he received special recognition from L. Ron Hubbard’s Writers of the Future Contest. He has been editor and/or publisher of nineteen news and literary publications, both online and in print, with circulations as high as 770,000. He is an accomplished cook and has two claims he thinks few can match: cooking nearly every type of food on a grill; and nearly being knocked flat when his grill exploded.

He received both his bachelor’s and master’s degrees from Westminster College of Salt Lake City. As an undergrad, he double-majored in communication and philosophy, while completing the Honors Program. As a graduate student, he earned a master of professional communication with a writing emphasis. He was also a high-performing athlete, qualifying for international competition in Greco-Roman wrestling.

He is a communication professor and a nationally recognized wrestling coach. He is happily married to his high-school sweetheart and is father to five children, as well as helping to raise five step-children. He was born in Salt Lake City, Utah, where he continues to live, coach and teach.

What inspires you to write?
For as long as I can remember, I’ve been a writing and telling stories. Before I learned how to write, I would draw pictures of space ships, then act out the battles, drawing in the laser blasts and explosions after erasing parts of the ships that were blown away by enemies. I’ve blown up the U.S.S. Enterprise 10,000 times.

Tell us about your writing process.
I do not write out outlines, but I always have a plan for major milestones in the storyline. I like to wing it more on the steps between those milestones. I feel like, if it surprises me, it will certainly surprise a reader. As far as characters, I sometimes make out character sheets for them. (I'm an avid Dungeons & Dragons player. Of course, I often end up playing them after that.)

For Fiction Writers: Do you listen (or talk to) to your characters?
Yes. I often say their lines out loud to see how they play off the ear. It also helps me determine how a character will respond. With the New Blood series (Crown Prince is book 1), I feel that I've come to know the characters very personally, because all eight are already written.

Who are your favorite authors?
I love science fiction and fantasy. My influences include Homer, J.R.R. Tolkien, Terry Brooks, Stephen R. Donaldson, George R.R. Martin, Robert Jordan, David Eddings, Piers Anthony, Robert Holdstock, Robert Adams, John Norman, Melanie Rawn, Shakespeare, Aristotle and Robert Frost. The most inspirational writers would be Homer, Tolken, Martin and Artistotle. People always balk on the last one and I have one response: Aristotle was writing around 350 BCE and people are still reading his work and it's still absolutely applicable; that's absolutely humbling.

How did you decide how to publish your books?
I was published the first time at 9 years old with a poem I wrote. I wanted to be a cartoonist till I was 12, when I wrote my first fantasy novel, then that changed everything. I was hired to write for a newspaper at 15. That I would continue writing was a foregone conclusion. I decided to try self-publishing because I have a marketing background and I used to work with Richard Paul Evans. I read The Christmas Box when it was written in pencil and torn out of a spiral notebook. I watched him make himself into what he is now. I understand that it's a marathon, not a sprint. It will take time, but I think I have the expertise to do it on my own, until a mainstream publisher decides to step in.

What do you think about the future of book publishing?
I think that a lot of mainstream publishers are looking at independent publications or self-published works. Particularly if the authors do a good job promoting their own work, it makes it that much easier for the mainstream publisher to pick it up and hit the ground running.