You are here: Home / Interviews / Interview with Author – Stephen Douglass 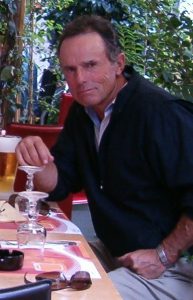 Author Bio:
Born and raised in Canada, Stephen spent the first half of his career working for the two largest oil companies in the world: Exxon and royal Dutch Shell. He spent the second half working for one of the smallest oil companies in the world; his own. Now retired, he spends his summers with his wife, Ann, at their Canadian home near Niagara Falls. He winters at their Florida home in Port St. Lucie. When he is not writing, he is reading, traveling, or playing bad golf. He plans to write until the day he dies, probably longer.

For Stephen, writing was an accident. When his friends in Muskoka and Florida became aware of the story of his incredible life in the Canadian oil business, they encouraged him to commit it to writing. They insisted it was a story that must be told. Reluctantly, he did, and after more than twenty years the story of AN ENDLESS AND CONFLICTED LOVE, A MAN WHO PLAYED WITH FIRE AND NEARLY LOST HIS LIFE DOING IT, and ONE OF THE LARGEST AND MOST AUDACIOUS THEFTS IN CANADIAN HISTORY, was finally made public. Stephen has entitled the book: The Bridge to Caracas, for reasons that will quickly be obvious to readers. The genre is romance crime fiction, if there is such a genre.

Stephen has said, “If readers have half as much fun reading The King Trilogy as I did writing it, they will be enriched.”

What inspires you to write?
Writing was alwaysnmeant to be a hobby for me, and nothing more. Shame on me for ever treating it as something more, although there is a constant temptation so to do.

Tell us about your writing process.
My objective from beginning to end is to confront the principal characters with stressful situations, then to describe their thoughts and reactions. I discovered the best way to do this is to imagine myself in the same situation and ask myself how I would respond. Having been in stressful situations throughout my working life, this process made writing fun for me, a long way from the “root canal” of writing that essay in university.

For Fiction Writers: Do you listen (or talk to) to your characters?
Both. I imagine myself in the position of each character, then focus on how that character would respond or behave in each specific situation.

Who are your favorite authors?
John Grisham: THE FIRM

Steig Larsson: THE GIRL WITH THE DRAGON TATTOO

How did you decide how to publish your books?
Self-publishing a trilogy has truly been one of the most exciting things I have ever done. If I never sold a single book all of the effort and expense would still be worth it.

If I manage to remind myself that writing for me was never meant to be anything more than a hobby, there are no lows. If I forget and allow my ego to rear its ugly head, my status as an unknown and obscure author becomes a low.

What genres do you write?
crime romance action adventure financial 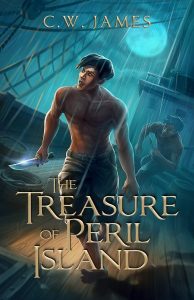 About Featured Book: The Treasure of Peril Island by C.W. James Young, penniless Jack Drayton lives on a barge, anchored in the Thames River in 1903 London.One night, Jack comes to the assistance of an old man, who claims to be the infamous pirate Black Juan Gaskara, on the run from several men who want […] 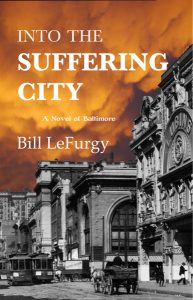 About Featured Book: Into the Suffering City by Bill LeFurgy On sale–normally $2.99 now $.99 from July 26 to 31, 2021! Baltimore, 1909. The city is jumping with danger and excitement. Cars, cocaine, ragtime music, and moving pictures are new. But some things are as old as the city itself: murder, corruption, and the painful […] 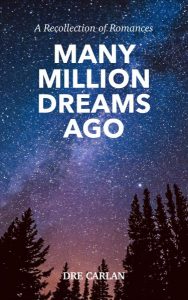 About Featured Book: Many Million Dreams Ago: A Recollection of Romances by Dre Carlan Free eBook: Sat. 7/24 – Mon. 7/26, 2021 Three Lovers. Three lessons. Many Million Dreams Ago defies a typical “romance memoir” by dealing with the deeper consequences of discovering such feelings too early on. Its realism is recounted in three eras […] 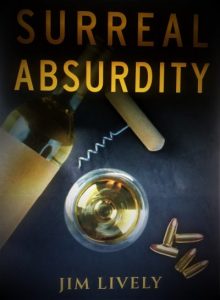 About Featured Book: Surreal Absurdity by Jim Lively Charles Pierce has some bizarre situations in Dallas to navigate in Surreal Absurdity. He desperately needs a guardian angel to watch over him. Jamie Simon is arrested for theft and murder after trying to poison Charles because she held him responsible for her husband's death. Charles does […] 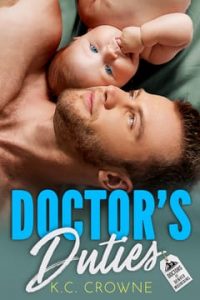 About Featured Book: Doctor’s Duties by K.C. Crowne Dreamboat saved me from mortification. Then he turned out to be my professor. Our night of ecstasy is one I need to forget. Except a positive pregnancy test makes it pretty damn impossible. FML!!!! The man with two titles. Dr. Frost. Professor Mc. Hottie. Gifted surgeon and […]