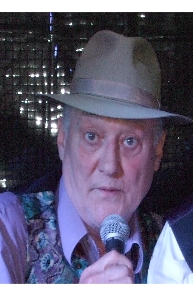 Author Bio:
Robin G Howard is the author of a series of science fiction fantasy novels and short stories portraying the Jim Long space agent series plus three non-fiction supernatural titles. Entering into a turbulent world by birth in 1940 there have been many strange, unaccountable incidents showing there is far more to life than we will ever know. Life is as if being on top of an iceberg, the submerged part unknown and out of reach. The spiritual exploration discovered by a degree of metaphysical incidents that we tend to ignore and forget. Robin is a keen observer of the psychic and supernatural events that can take place in one’s own lifetime reflected in the storylines of his books.

What inspires you to write?
My young and teenage years in the 1940s/ 50s, was a prosperous era of adventure and imagination and on the silver screen of the cinema an escape for two or three hours from life. H.G Wells and the time machine, the forbidden planet, and the day the earth stood still plus the episodic cinema version of Flash Gordon. The sale of comic books thrived in supernatural and science fiction fantasy, Captain Marvel, the Marvel family and Superman. I always need to delve into the paranormal and my own imagination for there I am inspired and can really exist out of time. In my life, critical events include a trip to the future in a dream has led me to believe that there is more to our existence than known. This also inspired the main character for my books created when I was 13.

Tell us about your writing process.
My preparation varies, starting with a rough idea in my head. In the first book of the series, I was learning, and my style was more like a comic book creation. The planning was erratic, critics did not like it after the third chapter, but teenagers did. The second book had a good basic idea where I threw myself into another dimension of time. I felt that I was Jim Long space agent. I ploughed through the story moving with excitement at every twist and turn. I read the story entirely before finishing as each situation led to another. The ending came to me in a flash as I started the last chapter; it was superb although I say it myself. Reviews showed that males did like it, and so did I. The third began with a touch of horror. Once again, with nothing planned I commenced writing as though I was there in the story and another excellent finish came to me halfway through. So I write by the ‘seat of my pants’ enjoying the journey. A surprise came in this book that contained a dreadful worldly financial collapse – it really happened in real life a few years later.
The fourth book is a planet of extreme religious fanaticism and the advent of a backpack atomic bomb – I can only hope that this never happens. The other stories were more spiritual, not theological as though I saw the realms of the astral but aware of its existence by scenic perception through channelling, experiencing the mood, feelings and emotions rather than a visual encounter. Battle of the Archangels was the fifth book, and when I started writing, I never realised that the opening would turn into a future chapter. This caused the story to be planned again, but that future chapter just had to be released from my mind.

For Fiction Writers: Do you listen (or talk to) to your characters?
Having written pantomimes and a version of Pinocchio, I know how important it is to get the dialogue right. I talk like my characters several times through on re-editing trying to make it natural. It is the most crucial aspect of any story. It is also a lot of fun and filled with happy moments. Becoming an evil character or the hero is challenging and makes speaking the part very fulfilling. A 15-minute episode written by me for radio using amateur actors was recently finished and is on my site.

Who are your favorite authors?
I like authors of science fiction and fantasy, including the paranormal, the occult, and the supernatural plus horror. Dune is the book that I read every couple of years: it has a tremendous spiritual aspect.

How did you decide how to publish your books?
After my first book in the late nineties by a publisher that went bust, I decided to self-publish. Before computers became worldwide, I wrote in longhand with a biro and then typed. There was a furrow down both my thumb and forefinger when I finished. As I had previously also been a sign and poster writer, I knew about layout and was able to mimic the book prefix. Write your books in word processing then quickly convert to PDF. In paperbacks, I have four printed that have been externally edited a must although very expensive. Several print firms offer an excellent service of 50/75 books for £400 giving you something to send out. The rest are all ebooks on my web pages and Amazon. In addition, I have an Amazon print-on-demand.

What do you think about the future of book publishing?
It is good. The competition is vast like the universe. As I read from a fellow author, big blockbuster cinema movies bring in 24 billion in revenue per year – Books bring in 111 billion! Someone will always have to write the stories so books in different forms I think will be here forever.