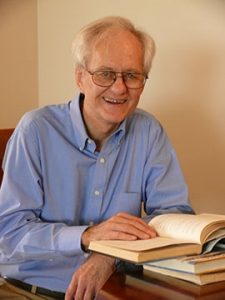 Robert (Bob) Brink Author Bio:
Bob Brink is a journalist who worked with several large newspaper organizations and a group of magazines. His byline has been on thousands of news stories, features, and entertainment reviews.
He now is embarked on authoring books. His newest book, the legal thriller Blood on Their Hands, follows Murder in Palm Beach: The Homicide That Never Died, a roman à clef about a real, sensational 1976 murder that made headlines for 15 years, and made news again last year with a new development in the case. The book became an Amazon best seller.
His other books are: Breaking Out, a coming-of-age novel, The Way We Were: Short Stories and Tall Tales, and A Tale of Two Continents, a ghost-written memoir. He is working on a book of creative nonfiction about a woman who led an incredible life of crime.
Brink has won numerous writing accolades and several awards, including three for Palm Beach Illustrated, which won the Best Written Magazine award from the Florida Magazine Association after he became copy chief and writer.
Besides dabbling in short-story writing over the years, Brink immersed himself in learning to play the clarinet and tenor saxophone. He performed many years with an estimable, 65-piece community symphonic band, and played a few professional big band gigs.
A product of Michigan and Iowa, Brink has a bachelor’s degree in English and German from Drake University in Des Moines and completed graduate journalism studies at the University of Iowa.

What inspires you to write?
That depends on the subject matter. As a former newspaper writer, I closely follow events locally, nationally and around the world, and am often driven to write my analyses and opinions of developments. As a young man, for the most part, I created a short list of short stories, which I set about to write after receiving compliments about my talent, which I hadn't been aware of, from a high school teacher and college professors. Those are included in my book The Way We Were: Short Stories and Tall Tales. My first book, the coming-of-age novel Breaking Out, was inspired by events in my life and people I knew quite well. Murder in Palm Beach, a roman a clef, fell into my lap, when I discovered that a former newspaper colleague had discovered the identity of the killer of a prominent citizen on the posh island, and possibly the important person behind the deed. I was inspired to write Blood on Their Hands, a legal thriller, by an incident related to me by a black computer expert who related a personal tale of police brutality, and by the movies Gran Torino and My Cousin Vinnie. While hawking Murder in Palm Beach, I met a woman who suggested I write about a friend who had led her own life of crime before reforming and marrying a Death Row prison, who later was beaten to death by guards. I hope to finish that book in weeks.

Tell us about your writing process.
I never have outlined. I have an idea for the book, and it unfolds. A problem arises, and I have to figure out how to solve it. In the first few chapters of Murder in Palm Beach, my editor and I agreed that this guy who is eventually murdered needed to be in chapter two, but that would have conflicted with the affair with the stripper he was having. Lying in bed one night, it hit me: I'll invent a second stripper at this joint. So sometimes I've had to do a little rewriting to make things work out. But I don't understand how anyone can make a complete outline in advance for a novel. I think of so many things as I'm proceeding that an outline would go out the window. Of course, that modus operandi does apply to nonfiction.

For Fiction Writers: Do you listen (or talk to) to your characters?
I don't talk to them out loud, but conversations are running through my head.

What genres do you write?
mystery, thriller, true crime, literary

How did you choose the genre(s) you write?
Usually, they choose me. The books I've written have come to me, rather than me to them.

What three things are on your writing desk at any given moment?
For my Grammar Grouch newsletter, copies of writing with grammatical errors, such as "any given" moment, which is a redundancy (a given moment, or any moment, but not any given, since those two words mean the same thing).
A desk calendar.
A little box with contact cards.

What hobbies do you have when you need a break from writing?
Watch Miami's pro basketball, baseball, and football teams compete. Watch cable channels for news commentaries. Go out to nightspots to hear jazz and ballrooms for dancing.