You are here: Home / Interviews / Interview with Author – Michael Scharen 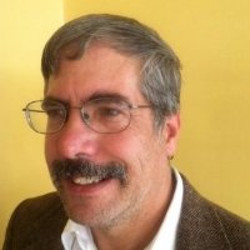 Michael Scharen Author Bio:
Michael J. Scharen received a Bachelor’s degree in Physics from Montana State in 1987 and a Master of Art’s degree in Physics from Kent State in 1989. He worked in the fledgling field of ceramic superconductors in the development/application as microwave circuits and subsystems. Mr. Scharen is co-author of 6 papers including two as first author with J. Robert Schrieffer — Nobel Prize winner for Bardeen-Cooper-Schrieffer theory on superconductivity. He worked as a manufacturing engineer on two-way, narrow-band text pagers and fiber-optic components. His interests include history, science and technology, astronomy, sociology, archaeology, Austrian economics, agorism, voluntaryism, and bookbinding.

What inspires you to write?
I get so many ideas floating around in my head that I need to write them down and explore them further. I only began writing seriously in early 2020. This is after a lifetime of education or observation with opinions formed and unformed — needing further analysis. Science fiction, especially, is an area where one is much more free to offer alternatives to the status quo and to cover age old problems from an entirely new perspective. I found that writing has always been rather cathartic as well a means of sharing ideas which in conversation I have much more difficulty in conveying.

Tell us about your writing process.
I don't really outline at all. I have thoughts and themes in my head which become threads running through my books. This may seem weird, but my characters basically take the ball I give them and run with it. I don't believe I would be the first author to say such a thing. I don't have any formal training as a writer, but I've seen plenty of bad movies, and read quite a number of bad books. I found a simple hint early in my writing career stating that there should be some conflict in the form of confrontation throughout the book. These incidents start small, then escalate toward a resolution of the main points or themes in the book with a more dramatic climax at the end. I believe this simple formula works to keep the readers engaged throughout. So many times I have read books that are almost entirely a setup for some grand outcome. Two thirds of the way through the book, I'm still being introduced to characters and there has been no action whatsoever. Some of these incredibly boring books I am reviewing and I cannot put them down no matter how much I want to fall asleep. This is exactly what I DO NOT want my readers to go through.

For Fiction Writers: Do you listen (or talk to) to your characters?
I like to feel like I am right there in the room, or aboard the ship with my characters. I am not 'a part of the conversation', as it were, excepts a narrator. However, I do 'listen' to the characters as they tell me where they wish to go. I feel that after working with characters long enough, they do develop personalities and opinions which dictate how they will react or what they will say in situations later in the book, or even in another book as is the case in my Trilogy and even from the first to the second books which are only loosely related but with a handful of the same characters.

Who are your favorite authors?
My favorite authors include those who write both fiction and non-fiction books.
The classic, of course, is Douglas Adams' — A Hitchhiker's Guide to the Galaxy
Then there would be HG Wells — The Time Machine, George Orwell — 1984, and, of course, almost anything by Heinlein.
For non-fiction Murray Rothbard is excellent, especially — Conceived in Liberty
Thomas DiLorenzo — Hamilton's Curse & The Real Lincoln
Read more times than any other would be Marc Stevens' — Government: Indicted — which more than any other books such as The Creature from Jekyll Island, Operation Gladio, or Trading with the Enemy, caused the scales to fall from my eyes.

What genres do you write?
Science Fiction

How did you choose the genre(s) you write?
One day I might try to write some non-fiction, but for now, science-fiction is where I am most comfortable. I've always had an interest in both science and science-fiction — and where the fiction turns to fact. As noted in my bio, I have a B.S./M.A. in Physics so this helps me do much of the research to learn or re-learn what I covered in school. I've got a much better feel for orbital mechanics now, for example. In addition, social issues may be explored with a much more open mind in a sci-fi novel. I find that trying to speak with people about true anarchy (i.e. without rulers) rather than the the public perception of anarchy meaning mayhem is much easier in a book discussing the Mars Frontier or breakaway human colony. I sci-fi, I can describe how security, courts, property rights, schooling and all of those issues would be handled without governments screwing things up.

What three things are on your writing desk at any given moment?
1) A cup of coffee. Coffee is life.
2) 3 x 5 cards and sticky note pad
3) The computer of course. This is how so many things may be researched or verified so quickly.

What hobbies do you have when you need a break from writing?
I like doing various projects.
I have begun doing some bookbinding. The only bound editions of my trilogy were done by me as a gift to friends.
Other projects just come to me, for example, I created a version of what is called "The Royal Game of Ur" for another friend.
This is a recreation of a board game dug up by archaeologists in the ancient City of Ur in present day Iraq (Abraham's old stomping grounds). It is also called the game of 20 squares. It is very entertaining to play.

What formats are your books in?
eBook, Audiobook