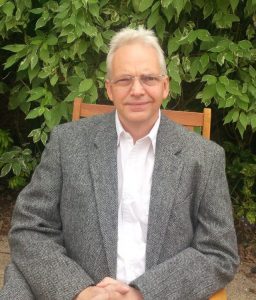 Author Bio:
Mark Long is an English author living in the south of England. He is a long time fan of SF and fantasy and loves reading as much as writing.

He freely admits to being influenced by authors from the golden age of SF as well as more modern writers such as Jasper Fforde, Terry Prattchet, Neil Gaiman and Douglas Adams, an author that he has been compared to by some reviewers. However, he maintains that this rampant flattery.

While relatively new to full length novels, Mark has long experience writing poetry (but now feels much better) and short stories, some of which were included in anthologies.

When not writing, Mark has a day job, teaches adults to play the Ukulele, does sound engineering, videography and editing and he is learning to play the saxophone despite the requests of those with ears. He also looks after four indolent and self important dogs. He has heard that sleep is pleasant and will try it if the coffee ever runs out.

What inspires you to write?
I write because I can't imagine not writing. Ideas come to me, sometimes isolated scenes and sometimes interesting concepts that I would love to flesh out. I also have oddly complex dreams that are pretty much complete (if insane) screenplays.

Tell us about your writing process.
I generally start with the basic characters and an idea of the plot with major points set in stone. However, sometimes the plot will become more complex with subplots appearing out of left field and, more than once, a minor character has insisted that they have more to say and become a major character. I find that they are often the most vivid.

For Fiction Writers: Do you listen (or talk to) to your characters?
My characters are my hapless pawns to do with as I will. However, they clearly don't know that and often talk back to me and sometimes develop in ways that were wholly unexpected.

Who are your favorite authors?
Terry Pratchett, Neil Gaiman, Jasper Fforde, John Scalzi. Yes. I am an SF fan.

How did you decide how to publish your books?
I self publish because I like to have control over the process. I am still learning that part of the craft though. I tried to launch my first book without help and that went OK rather than well. I did some book signings, had a radio interview and a couple of stands at events but I did't really make as much impact as I would have liked. I didn't use social media well. I am trying to do it better with my second book and better still with my third.

What do you think about the future of book publishing?
I think that the landscape is still changing rapidly. Not long ago, you had a deal with a publisher or it was a vanity publishing deal. That is clearly no longer the case and some massive hits have come from Indie authors.

At the same time, times are hard for publishers – more than one have gone to the wall. When money is tight, they have two strategies to use. The first is to only accept sure fire winners which will typically be books similar to what is selling well at the moment. These give a fairly small but fairly reliable profit. The other option is to try to lead the next big thing. Urban fantasy was huge for a while but I think that the bloom of that rose has faded. A lot of people are trying to work out what the next big movement will be.

I think that we can expect turbulent times with some of the smaller players going bust and some of the bigger players changing their business model. I also think that we will see more Indie authors. Some will be good and be successful. Many will not.

In the longer term, I see more editors, book doctors and other publishing professionals working with individual authors rather than with agents or publishers.

What genres do you write?
So far, Survival horror, religious satire and hard SF