You are here: Home / Interviews / Interview with Author – Maggie Adams 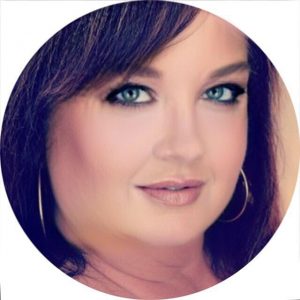 Author Bio:
Maggie Adams is an internationally bestselling romance author. Her first book in the Tempered Steel Series, the romantic comedy-Whistlin’ Dixie, debuted in Top 100 for Women’s Fiction, Humor, on November 2014. Since then, she has consistently made the various bestseller 5-star list with her Tempered Steel Series. Her series has launched the tiny town of Grafton, Illinois, into international recognition with sales in Mexico, Ireland, Scotland, Australia, and the UK. She is the recipient of various awards for excellence including Dayreader Reviews Best of 2015, the Readers Favorite Award 2016, the Indie Romance Convention Romantic Comedy Award 2017 and the 2017 New Apple Awards -Suspense.
She also writes paranormal romance, young adult romance, and women’s fiction. Maggie’s books can be found on eBook and paperback on her website and all major book sites.
When she’s not writing, she can be found dancing, singing, and cooking (usually all at the same time), and spending time with her family and friends.

What inspires you to write?
Everything and anything can be an inspiration, can spark a storyline idea, or add a dialogue scene to an existing character. That's why I mostly write series. I can't seem to let those characters go. Probably because as I reader, I want to know what happens next, even after the end.

Tell us about your writing process.
Well, my process is a little this and that. I try to plot out the entire story, but most of the time, my mind wanders to the specifics of a scene as I'm plotting it out and I wind up writing chapters instead of outlining the book. Then I go back and fill in the specifics and that usually leads to more dialogue and changes as I've become familiar with the characters now, and they sort of take over the story in my head.

For Fiction Writers: Do you listen (or talk to) to your characters?
Oh my, yes!! My husband often says he can tell when the characters are fighting just by the expression on my face. They are in my head, like good friends that you talk to everyday. That may sound a little crazy, but that's how it works for me. I get the funniest conversations from me talking to "them".

Who are your favorite authors?
Oh my! There are so many! Okay, so my tried and true are Nora Roberts, Johanna Lindsey, Jayne Ann Krentz, Julie Garwood, and Julia Quinn. I found them years ago at the library and they are my one-clicks to the end.

Then e-readers and indie writers entered my reading world and I fell in love with so many more including Lexi Blake, Kallypso Masters, M. Piper, Maria Vickers, and Nia Farrell. They put the steam in steamy!!

How did you decide how to publish your books?
Traditional publishing was pretty cookie-cutter at the time I wrote my first book, Whistlin' Dixie. I decided to self-publish because it was new and less intimidating to me. Plus, my son helped me set it up so I got it right the first time! As to marketing, I had no idea, so I just sort of winged it the first book, then I began to read up on it and now, while not a pro, I can hold my own with those in the indie business.

What do you think about the future of book publishing?
I think that, like everything, the process is constantly changing. Twenty years again, traditional publishing was the only way to get your book to readers. Finding an agent, a publisher, query letters, typewriters (yes, my first was on a typewriter) and huge amounts of paper, were the tried and true way. Local bookshops helped and perhaps a printing company and a marketing team, if you could afford that, got the word out.

Now, if you have the drive to succeed in self-publishing, the sky's the limit! And traditional publishers are now limiting your marketing costs from them, so you unless you are already established, you're not going to get the most marketing from them. You still have to get out there and hustle, which is why many traditionally published authors are also going hybrid and doing both traditional and self-publishing.