You are here: Home / Interviews / Interview with Author – Louise Cusack 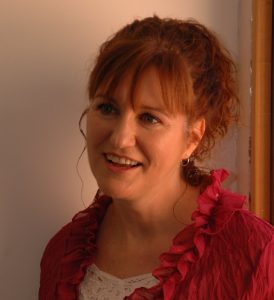 Author Bio:
Louise Cusack lives in Australia, in a tiny fishing village on the southern tip of the Great Barrier Reef. She’s a long-time vegetarian and caffeine addict who spends her spare time pinning shiny shoes and hunky men on Pinterest.

Her novels are about curious women who get themselves into unlikely situations – whether that’s an everyday woman from our world falling through a portal into a sepia kingdom, an amorous mermaid who gets herself stranded on dry land, or more recently, a perfectly ordinary house-sitter who finds herself husband sitting instead! You’ll have to read her recent release ‘Husband Sit’ to find out why…

Louise doesn’t care what genre she writes in so long as the characters are endearingly real, the heroes are scorching hot and the sex is good!

Tell us about your writing process.
Very much a seat of the pants writer. I know my characters really well, but I have no clue what they might do. Makes for an exciting working day!

For Fiction Writers: Do you listen (or talk to) to your characters?
I just got my #HusbandSeries characters chatting the other day. You might find their conversation interesting:

Louella adjusting her pearls): I’ve always wanted to ask, Jillian. Why do you swear so much?
Jill: Because I’m a fuckwit? No. Seriously, because my life has been so crappy, you know, getting raised by gran and then having to look after Brat-girl when gran died. I think swearing was my one rebellion in a life of working hard and doing what other people needed. And then I met Finn and I love that he swears, like me. Although, I think he just does so I won’t feel like such a potty mouth.
Louella: Speaking of Finn…why didn’t you two just get together when he left his cheating wife?
Jill: I love you, L, but I’m not telling you that. It’s a secret, and he only shared it with me to convince me that there would be no lies between us, not even lies by omission. But I have to tell you, it made me crazy jealous.
Louella: And you didn’t make him crazy jealous by Husband Sitting? Which, by the way, you told Fritha about immediately, but not me. Why was that?
Jill: Fritha’s not married. You and Angela are. I didn’t want you two suspecting me of sleeping with your husbands, which of course I’d never do. I actually didn’t want to sleep with anyone’s husband, but I desperately needed the money. (and I’m not telling you the real reason either. Brat-girl would never speak to me again)
Louella: And was this Husband Sitting job…hard, excuse the pun.
Jill: Snap! Look at you, making with the innuendo. And here we were calling you Miss Missionary Position behind your back. But to answer your question, yes it was. Despite telling myself it would be no weirder than a one-night-stand with a stranger, and there was no ‘infidelity’ because it was wives paying me to sleep with their husbands, it was prostitution. We grew up with Sister Carmel telling us we’d go to hell for sitting with our knees apart. So you can imagine the guilt that was tearing me up, but I needed a hundred and twenty grand fast. I do secretarial work, so that was never going to happen legitimately. I did what I had to do—kinda like I’ve been doing all my life—and it brought me to Finn. I could never regret that.

Fritha: You are SO not a one-night-stand girl, Angela. Whatever possessed you to sleep with Jack?
Angela: Hormones? He looked so hot he should have worn flame retardant, not a sexy aftershave. Then he kissed me into submission with a promise that no woman could walk away from…You come first. Every time.

Jill: Okay, L. We’ve been calling you Miss Missionary Position behind your back for years, so is this thing with Nick some sort of rebellion? Why would a Rose Bay socialite end up in bed with her bodyguard?
Louella: You make him sound like a ‘bit of rough’ and he’s not. He might have a tattoo and muscles in places I’ve never seen before, but that doesn’t make him crude. He’s clever and protective and a very smooth…dancer. And that’s all I’m saying about that.

Angela: Fritha, you know we love you, but what were you thinking, having a one-night-stand with Max Banks? He’s an International celebrity and you’re…
Fritha: A girl who sleeps around? No need to mince words. I own my lifestyle and you’re right, Max Banks doesn’t belong. But he and his sizable dick are in it now, stirring up paparazzi, making demands, and sending me into epic highs and lows. I have no idea how it will end, but I like the sex, and I love the way he stands up for me. That, I have not had before.

How did you decide how to publish your books?
I've been published by a couple of the big name publishers: Simon & Schuster, Harper Collins and Pan Macmillan, but for this series I decided to self publish so I could have creative control of every aspect, and I'm loving it! I might well decide never to go back.

What do you think about the future of book publishing?
I think times will get tough for publishing houses, because so many authors are going indie. But at the end of the day, readers want to read, so there will always be books published. The middle man might just lose a market share.