You are here: Home / Fiction / Interview with Author – Lis Anna-Langston 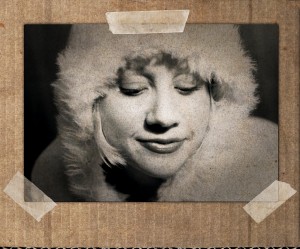 Author Bio:
Lis Anna-Langston is the recipient of many awards including; a 2013/2011 Pushcart nominee, 2014 Amazon Breakthrough Novel Semi-finalist, a five time WorldFest winner, FadeIn, Telluride IndieFest winner, Helene Wurlitzer Grant recipient, Chesterfield Film Project Finalist, New Century Writers winner, semifinalist in the American Literary Review and a finalist in the prestigious William Faulkner Competition. Her short films, screenplays, and novels have all been nominated and subsequently won awards including Best Novel and Best Short Film. She was awarded a quarter-finalist in the International Screenplay Awards, semi-finalist in the Nicholl Fellowships in Screenwriting, a quarter finalist in the Writers Network screenplay competition and First Place in The American Accolades Screenwriting Competition. She is the Second Place Winner of the Thomas Wolfe Fiction Award, the Fourth Place New Century Writers Short Fiction Winner and Second Place Winner Best Dramatic Short Tupelo Film Festival, First Place winner of the 11th Annual Poet Hunt Award, a three time Accolade Film Competition winner including a Best in Show and Award of Excellence winner, a Screenplay Festival winner and a Bronze & Silver Remi winner at Worldfest.

What inspires you to write?
Stories. People. Secrets. What inspires me most is entertaining people, taking them into new worlds, worlds I have only recently visited. I am inspired by stories that make me grow as a writer, the ones that take me to task and push me out of comfort zones. I am inspired by complicated moral situations and how they play out. I am also very visual and inspired sometimes by the slightest of things; a new plant just peeking out from the dirt, a hawk in the sky, the particular way light slants through an opening during a certain time of day.

Tell us about your writing process.
I believe in writing exercises and exploration. With that said, there is a time to reign it in and outline. Since I am a filmmaker too, I don’t outline as much as I create a Beat Sheet for each story. I work with scenes and how they build. Rising action is something I am constantly aware of, whether I am reading a book or watching a film. It is something I build into my own work. I also work alone. I do not go into public to jot down notes. The outside is for playing. I work in my office and sometimes I take work to bed. I hand write all first drafts. Once typed, I usually work from hard copies.

For Fiction Writers: Do you listen (or talk to) to your characters?
I attended a Creative and performing Arts School from eleven years old until the time I graduated. I was accepted into the theater program and stayed for the next seven years. In Florida, I briefly studied television acting but it wasn’t really for me and in North Carolina I went on to study Method Acting (which I love) for years. All in all, I have about nine and a half years of theater experience and that really informs my writing. My friends call it “Method Writing”. So, yes, I do interact with my characters. I want to get into their skin. Recently I finished a piece about a twenty year old guy, living just about the most rock bottom life you can imagine. He was so slippery to me and I really had to get in there and inhabit his body, his life, as uncomfortable as it was at times. I have to feel it from the inside out.

Who are your favorite authors?
I read a lot of books growing up. I mean, a lot. I was in theater so I read my fair share of Shakespeare and Greek Tragedies and Comedies. But the book that really made a huge impression on me was The Great Gatsby and Catcher in the Rye. I still remember the scenes in The Great Gatsby where they go to the city and they are drunk and hot. How the still air lingered and they all sort of fell into their own shallow lives. How it set the stage. I am biased too because I think F. Scott was surely one of the greatest writers ever. And Catcher in the Rye is just a masterpiece. It is so lyrical and frank and intense. It is truly a stunning piece of literature, regardless of how heavy it seems. Occasionally a book comes along and I cannot put it down. The Da Vinci Code was one of those books. I read it cover to cover in three days. I had already read many books like Holy Blood, Holy Grail and I was impressed by Brown’s handling of the material. The Secret of NIMH I devoured. What a perfect book. I had a librarian in North Carolina who recommended the best books. I read Running With Scissors cover to cover. At Play in the Fields of the Lord is one of the most perfect books ever written. I will read just about anything as long as it pulls me in.

How did you decide how to publish your books?
Tupelo Honey has had quite a journey. This book has made it to the finals of so many contests, including the William Faulkner Fiction Contest and it made it to the last five books in its category in the Amazon Breakout Novel Award. Excerpts have been published from this novel and people really love this book. It deserves to find its audience.

What do you think about the future of book publishing?
Wow. You went straight for the hard question with this. I thinking publishing is still up in the air. I think readers relied on publishers for guidance and marketing and some of that has fallen away. Digital platforms give authors unprecedented control and devices like Kindle and Nook give readers unprecedented control and access. Love a book, read it now. Download is instant. But stars are born from marketing campaigns and now these industries are in such flux that its hard to tell what will be here when the dust settles. To be sure, Amazon and the Kindle were real game chargers and I think publishers denied that for awhile.

What genres do you write?
I typically write about misfits, screw ups, outlaws and criminals