You are here: Home / Fiction / Interview with Author – Kalisha Buckhanon 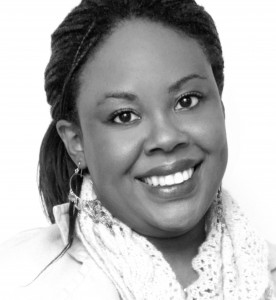 Author Bio:
Kalisha Buckhanon’s novels are Solemn, Conception and Upstate. Her short stories are widely published in many online and university print literary journals. Her articles and essays appear on several popular women’s blogs and cultural websites. Her writing awards include an American Library Association ALEX Award, Friends of American Writers Award, Illinois Arts Council Fellowship, and Terry McMillan Young Author Award. Kalisha’s work has received attention in major media outlets such as Essence, The Guardian, BBC-London, TV-One, People, Elle, Entertainment Weekly and Marie Claire. She has an M.F.A. from The New School in New York City, and her B.A. and M.A. in English from University of Chicago. She writes at her blog Negression.com.

What inspires you to write?
I’ve always been a natural writer who is inspired by moments of every day life. I can hear certain words, songs or phrases and think of a story to go along with it. I have always been sensitive and attuned to differences in people: our voices, accents, appearances, gestures, mannerisms, smells, outlooks. So although I do not write about real people in particular, I see the stuff of character in real people around me all the time. Whether I tell a story or create a character based on these inspirations or not depends on time, what else I am working on, and if I can sustain the thoughts. But I am fortunate to have little trouble thinking of something to write about.

Tell us about your writing process.
When I wake up in the morning or afternoon, depending on how late I was up working, I turn on my computer. I keep it open all day and type on it during most waking hours in between a normal life of a few tv and game shows I like, cooking, cleaning, shopping, errands and occasional invitations. As with any work-from-home job or entrepreneurial endeavor, it is harder to communicate to others I am actually really busy even though I appear to have every day off. So if I am feeling a lot of pressure or interruptions, I will either go away or disconnect my phone for a few days or weeks to get back on track.

For Fiction Writers: Do you listen (or talk to) to your characters?
I mostly see my characters in my mind, moving about in their settings and performing the actions I imagine them to. I only hear their voices if they are narrating the story themselves, in first-person. If I am narrating in third person, I do not hear voices. When I create conversation, I like to read it back to myself and act it out. I learned I needed to do this when my writers group told me some of my dialogue was fantastic, but it just did not sound like what people would say to each other in real life– either the sentences were too long or the amount of detail, adverbs and phrasing was unrealistic.

I also do not interact with characters when I am just physically writing, as in sitting down with a pen or at my computer to consciously generate pages. Part of my decision on whether to pursue a story, idea, or character is if I want to really live with them. They move into my life. I am not in control of when they want to express, move their story or start up again. They are like newborns. I have unusual and scattered patterns of eating, sleeping, going out, staying in and keeping up with my normal adult responsibilities when they are alive. It’s a commitment I have to be really ready for. But once I feel like I am done with their story, grown them up so to speak, they never enter my mind again unless I come across pages of them I wrote.

Who are your favorite authors?
This fluctuates for me constantly. I read anything I can: cookbooks, dime-store and used paperbacks, children’s picture books, literary journals. So I have no “type” I am fanatic about. I read a lot of plays, classic and modern. I have tendencies to stick with classic novels and authors because of my schooling, training and general respect for them. But I keep with the times, including new authors and books I hear about. Some of my favorite new authors are Sapphire, Bernice McFadden, Dani Shapiro, Jesmyn Ward, Junot Diaz and Edwidge Danticat. My standards are Toni Morrison, Edgar Allan Poe, Anne Rule, James Baldwin, Joyce Carol Oates, Stephen King, Joan Didion, Maya Angelou and Alice Walker. I can read any of their books at any time cover to cover, even if I have read them before.

How did you decide how to publish your books?
I was lucky in I did not have much choice in publishing my first novels traditionally through a major publisher. I was in an M.F.A. program I just thought would lead me to higher credibility when I sent out my stories, entered contests and tried for fellowships. I thought it would lead to a college teaching job eventually. Instead, my M.F.A. thesis was carted around the publishing industry and sold in an auction. I had never planned on that.

But even with that surprise, I had never planned to self-publish. I know the work involved in that, and the degree of socializing and business activity that does not fit my personality all that well. Writing is very personal and private for me, so I knew I could turn around and commodify that the way publishing professionals do. I just thought it would take me much longer in life to get to a point of a publisher wanting my work. But I did make the investment of an M.F.A. program with its costs and relocation from all I had ever known, to get the return back for it. So somewhere deep inside, I always knew I would hand books out in the world in some way or I would not have made that sacrifice.

What do you think about the future of book publishing?
Books will always be here. They are not going away. But whereas books were once the primary form of entertainment in prior centuries, maybe with live theater in there as well, they are just not anymore. So many other forms–film, television, the Internet, smartphone media, digital gaming–have come along to divide reading’s domination as a form of pleasure and entertainment. We have strong and fierce competitors. And these competitors are younger, fresher and therefore more exciting to the general population. To remain competitive, publishing has started to constantly look for stories and work readily adaptable to these other forms in order to keep selling books.

It is a situation where only the strongest and toughest will survive. When you see authors like Toni Morrison doing interviews on popular reader social media sites and Stephen King publishing short e-fiction with Amazon, it is a sign. More established authors have movies, long backlists and teaching positions to remain out of the huddle. Younger writers do not have that. Although I am a lifelong bookworm and former literary scholar at the graduate levels, I have accepted my beautiful hardback books will become more rare and precious than I ever imagined. I have adapted to our new age with a conscious decision to publish stories online, maintain a blog, and find social media platforms I can live with. I think this will be much more of a requirement for any newly published authors and writers than it is for me now.