You are here: Home / Interviews / Interview with Author – Julie Mellon

Author Bio:
Julie is a native of Central Kentucky. After receiving her degree in English, she chose a career in higher education finance. Fifteen years later, she decided to allow her inner creative genius loose and began writing. She has been an avid reader her entire life, with a special love for mysteries, so she thought it fitting to make her first novel one of suspense. Growing up as an Army brat, she has lived in several states and foreign countries. To this day, she enjoys traveling to new places and experiencing new cultures. When at home she is likely to be found enjoying a few extreme sports, such as: rock climbing, scuba diving, or whitewater rafting. Her willingness to enter into activities of mortal peril is balanced by her commitment to ensure the quality of life for animals through her service with various dog rescue organizations. She now lives in Middle Tennessee with her two dogs, Ginny and Luna.

What inspires you to write?
Everything! I find inspiration in the strangest places, and in the most mundane. Life. I’ve always looked at people and wondered how and why they were doing what they’re doing. The barista at the coffee shop. The harried mother in the doctor’s office. The woman at the grocery store who has to put back the toy because she doesn’t have enough money for it and the food in her cart. Everyone in life has a story. I get to tell those that are in my mind.

Tell us about your writing process.
I’m an outliner who is trying to become a seat of the pants writer. I have notebooks everywhere that I use to write ideas and outlines. I’ll use one for a few books, then move to the next. That makes it difficult when I finally get ready to write a book and then can’t find the notebook I used to outline it! I also do character sketches using a whiteboard that then gets transferred to an excel spreadsheet that I lovingly call my “Series Bible”. I usually start with five to ten characters that I know will appear in the series and build from there. By the time I have a couple books in the series written, that has usually grown to twenty or more characters. That’s when I struggle to keep them from all demanding a story of their own RIGHT NOW! They can become as impatient as I am!

For Fiction Writers: Do you listen (or talk to) to your characters?
Oh, my goodness, yes! Usually I have one character that says, “Hey, I’m here and this is what I have to say.” Then I have to hurry and catch up to him/her before they get carried away – especially if I’m in the middle of a different book or series. Once I open the door to that character, all the others in his/her neighborhood start demanding attention. Sometimes I argue with them, but it rarely does any good. I once had a book sit half-written for a year because I wanted it to go one way, but the main character wanted it to go another. Every time I tried to make it go my way, he would block me. Needless to say, I gave in, and the book was finished in a couple weeks.

Who are your favorite authors?
This depends on my mood at the time. For romance/romantic suspense, Marie Force is a must read author. I preorder everything she puts out. When I’m looking for sexy shifters, I buy T. S. Joyce. If I want steamy, I buy Cherise Sinclair or Vivian Arend. I also read Mariah Stewart, Faye Kellerman, Robert Crais, and too many more to name!

How did you decide how to publish your books?
I hated my job! I worked for two decades in the financial world. I’d relocated to Tennessee and took a job that was the same mundane thing I’d always done. One day, I was talking with a co-worker and we decided to look at our passions. I’ve always loved writing, so I sat down and made a three-year plan just to see if I could write and publish a book. That was my goal for year one: write and publish ONE book. I wrote three and published the first. The second year, I changed day jobs. That really helped lower my stress and increased my satisfaction. I also wrote eight books that year. At the end of my third year, I knew this was something I wanted to do as more than a side-gig. It took six more months to get financially stable enough to quit my 9 to 5, but I did it! That was two years ago. Eighteen books in and I’m still writing and loving it even more than I did when I wrote my first book.

I am self-published and did that on purpose. After careful research, I chose this route because it assured me greater control of my work. This is a decision that every person needs to make for themselves. It’s a lot of work being the publisher, advertiser, designer, etc. Finding and building the right team makes this easier, but it takes work to get to the point where everything runs smoothly.

What do you think about the future of book publishing?
The future is bright and ever changing. Kindle has revolutionized the process of publishing and other retailers are coming along and improving it. I’d look for even more changes in the next few years. 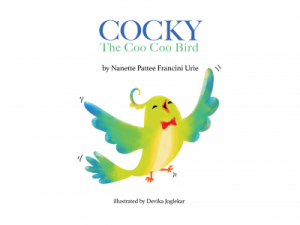 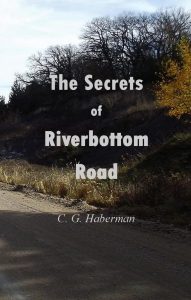 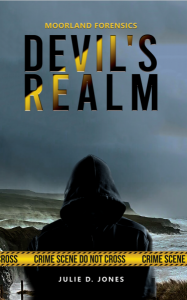 About Featured Book: Devil’s Realm by Julie Jones On a searing summer’s day on an idyllic beach in South Devon, a young boy plunges to a horrific death from the overhanging cliffs. The tragic event graphically captured on film by the enigmatic Salcombe painter and entrepreneur Lois St John. Five years later, the boy’s father […] 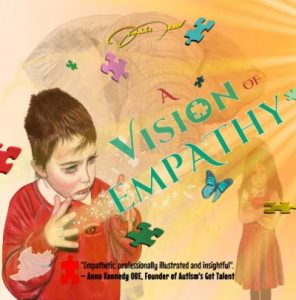 About Featured Book: A Vision of Empathy by Dunkle Deed Free between 29th and 30th November 2020, only $2.99 after that! Funny, heartwarming, and inspirational – a must-read for anyone who wants to learn about autism. “A strikingly illustrated children's book to increase autism understanding.” – The National Autistic Society Noah does some bizarre things. […] 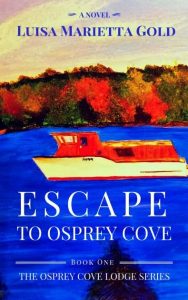 About Featured Book: Escape to Osprey Cove by Luisa Marietta Gold FREE–NOVEMBER 29-30, 2020 The mystery begins with an unusual find in the secret compartment of Doug’s new Corvette, changing his and Catherine’s life forever. Doug’s mysterious behavior afterward forces Catherine to escape to The Osprey Cove Lodge, where she finds something even more valuable. […]