Author Bio:
Shelia is from the US, I’m from the UK. We met through Internet in 1997. Despite the obstacles the US and the UK immigration threw in our paths, we were married in Canada in 1999. We were effectively stateless for three years and earned our living selling through our web design business until we persuaded the UK immigration to grant Shelia entry. We moved to London where I taught, and Shelia got bored. She started writing again, something she had done since Junior High. In March 2007, she asked me to help her research genetic engineering, and I got hooked on writing, as well. What started out as a single book got pushed aside for a year until I had the idea for an ending. The problem – the book was too long, so we split it into two books and added more content. We’ve been doing that ever since. Shelia is working on the tenth book, and we still haven’t used our ending.

What inspires you to write?
We both have a keen interest in science and technology. We read a lot; books, magazines, and sources on Internet. Our tastes vary, ranging from technical material to music theory, from religion to paranormal romances, and conspiracy theories. Somehow, out of all this information, we create a connection, apply that to the future we’d like to see, and a story emerges.

Tell us about your writing process.
Shelia is a faster typist, so she writes most of the story. I do the research, come up with ideas and write a draft. She takes my ‘technical manual’ and turns it into a reader-friendly story. I, in turn, fight ‘tooth and nail’ to keep all the “kissed her passionately” from her work.

The story seems to write itself. Often we’ll find an idea we briefly touched on in an earlier book, become a significant part of a later book. For example, Donna, one of our characters has musical talent and is altruistic. Richard, another one of our characters, is tone deaf and ruthless. We suggested perhaps there was a gene which controlled both traits. When we did the research, we found it was a reality. There is a gene that controls altruism and musical talent!

Because we have a lot of characters in our series, we found it helps to keep a database of them, with a full biography – even if it’s not mentioned in an existing book. The same is true for the book’s timeline. In ‘Stones,Stars and Solutions’ we have two teams travelling all over the world visiting pyramids, monuments and sacred mountains. They must not meet, and we have to deal with multiple time zones. Getting to the right place at the right time would be tricky without using a spreadsheet to calculate travelling time and local time. Since that book, we’ve used a spreadsheet to keep track of everything.

An essential part of our writing process is that we argue. Other couples argue about trivial matters such as money and children. Shelia and I will have a heated argument over the position of a comma, or whether it’s ‘color’, or ‘colour’, our transatlantic characters should be using.

For Fiction Writers: Do you listen (or talk to) to your characters?
We sound out our character’s conversations. The hardest to deal with are the antagonists. They need to be able to see themselves as ‘the good guy’ or have a suitable reason for being nasty. For example, in ‘A Vested Interest’ we have a character who is tortured. The antagonist does this because he knows trauma coupled with the combination of pain-relieving truth drugs he uses, is an effective way of coercing his victim.

What advice would you give other writers?
Have dedicated proofreaders, edit, edit and edit again. Ask yourself, is there a better way of saying something? Have unnecessary words been used? Is something too sweet or ‘lovey dovey’? Is it too technical with unneeded detail?

An important step is to have your computer read the story back to you. Computers don’t always pronounce every word correctly, but they will read what is there, and not what you expect to be there.

If you are writing about a location you’ve never visited, research it using Google Earth street view. This program is an author’s friend!

Learn how to promote your work. Nothing is more soul-destroying than having a page turner without an audience.

How did you decide how to publish your books?
We made a mistake! When we produced a completed manuscript it had most of the elements an agent picks out as a reason to reject a book. Our first story had a prologue, it didn’t have a hook at the beginning, at 170,000 words it was too long, and we had no idea how to condense it into a one-page synopsis. We learned how to fix these problems, apart from the first novel word requirement, which we simply refused to change. The only solution was to self publish. That proved successful, and having produced ebooks and paperbacks, we can’t come up with a good reason to use an agent, now. Perhaps when we’re approached about film/TV series rights, we might change our opinion. However, the time we spent tweaking our book for an agent was not wasted, we ended up with a better book.

What do you think about the future of book publishing?
There will always be a demand for quality hardback books as collectibles. The future of popular literature and textbooks is the ebook, though. Since the tablet can display more than just the printed word, we see it as being the reader of choice. We foresee a time when ebooks will offer a degree of interaction, not possible in a printed book. We are beginning to see this now. Scalable vector graphics are being used in ebooks with images, and in animation, in children’s books. How about a travel book which plays the sights and sounds of a local street market and teaches you how to ask “How much is that?” How about mood music to go with your thriller, or a beautiful, real-time sunset behind your characters in a love story? The animated newspapers in those ‘Harry Potter’ films can be a reality now.

What do you use?
Co-writer, Beta Readers 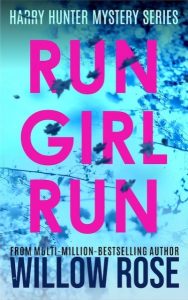 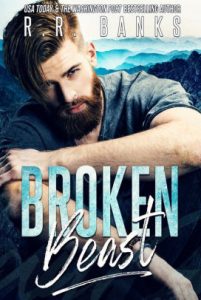 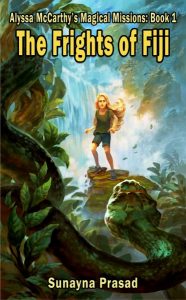