You are here: Home / Fantasy / Interview with Author – Jennifer Felton 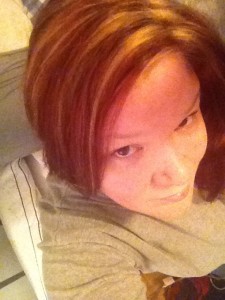 Author Bio:
An avid reader since childhood, Jennifer loved to read any book she could get her hands on. She especially enjoyed tales with paranormal or supernatural elements. Her love of words evolved as she grew older and later in life became someone her friends turned to when they wanted a school paper read and proofed.

After college, where she received a degree in Education, she reached out and networked with several authors and joined the ranks of ‘Editor”. There was nothing that could quite touch the thrill of being able to shape some unexplored world that would land in the hands of thousands – in the shape of a book. This has lead to her spearheading, along with another author, an author management company, Black Cat Author Promotions!

All the books she had read throughout her life stoked her imagination, but she had never tried to put down on paper the characters she had in her own head. That was, until the characters began their rebellion. It seemed she no longer had a choice but to tell their tales!

What inspires you to write?
Everyday things. Sometimes I pick up elements from something else I read or watch and spin it into something I’m already working on establishing so that I can make it my own.

Once in a while, life events that happen to me or those I’m close to creep into my stories.

Tell us about your writing process.
I fall in the cracks between everything! Sometimes I go by the seat of my pants, but I also like to outline. When I’m first starting to write, I just write and see where the story takes me – and I do this all on paper. Once I figure out where the story is heading (or sometimes if I’m having trouble figuring this out) I’ll do an outline, especially if I’m trying to add more elements to the story and trying to determine where they would fit best.

Once I have enough written, then I start to type it. I love this stage because I’m re-familiarizing myself with the story and as I’m typing, I get more ideas. This helps to flesh out the story a little.

I’m still trying to find the perfect software. I used to LOVE using MyNovel. Unfortunately, the company and software is now defunct. 🙁 I am trying to use Scrivener, and while it’s similar, it just isn’t the same.

For Fiction Writers: Do you listen (or talk to) to your characters?
Hahaha. Oh yeah, they talk to me. One in particular has a tendency to not shut up. But it’s great. I’ll have conversations with her sometimes to try to figure out exactly how I should be telling the story.

Sometimes, when I’m alone, I’ll even speak some of the dialogue out loud or act it out in my head as though I’m the character. This helps me to figure out how the dialogue is being said, body language, facial expressions, etc.

It’s great. Though, if someone ever saw me doing this, I’d probably end up in the nuthouse!

They are all amazing for their own brand of writing. I wouldn’t be where I am today, if I hadn’t fallen in love with creepily fantastic worlds that R.L. Stine created, or without the vampires that Amanda Ashley introduced me to.

How did you decide how to publish your books?
At first, I though a publisher was the way to go. Originally, I had a publisher for Through Love and Hate (then The Devil Knows), but I quickly backed out of that deal. Then I thought self-publishing was the way to go. But, then I heard about another publisher from another author. I looked into them, and began editing for them. Then I submitted my books to them and they were accepted.

Maybe I’m too controlling to let someone else handle things that I have worked so hard at creating. Or maybe I just haven’t found the right publisher. Either way, I’m thinking of sticking to self-publishing from now on. This way, I’m accountable for what is and isn’t done.

What do you think about the future of book publishing?
Honestly, I feel quite mixed about the current state of publishing, and how it will impact the future of publishing. I feel there are a lot of great models and theories of publishing, but I’m not sure that the best practices have been found. In a way, I feel that today, to be a published author, it’s almost commonplace. There was a time when it was a big deal, but with the ease of self-publishing and the face that literally anyone and everyone can publish every little thing they write, there’s almost no more merit in being an author.

The market is so flooded with self-published books, as well as books published from “garage publishers”, that don’t have the quality that readers have been accustomed to prior to this instant gratification generation. This isn’t to say that some of these books aren’t good and don’t deserve to be on the market. Unfortunately, even most of those that follow a basic plot and have good writing still should have a lot of work done to them prior to publishing. On the other hand, I’ve seen NYT bestselling authors who have decades of experience publish books from top publishers, that were riddled with errors. I felt as though this one author (who is a household name, but I won’t say who it is) felt that since she had such a substantial following and was making buckets of money, she felt that she didn’t have to take the time to have her books edited; she just had the assumption that because it had her name on it, people would buy it.

I truly hope that someone, somehow, comes up with a way to have more of a gateway (maybe not strictly through publishing houses such as before) to have books vetted, prepared, and published. Maybe retailers such as BN and Amazon need to staff people to go through the books being submitted for publishing and halt those that have no editing and don’t follow plot or storyline. Make authors accountable for what is being published and make them bring their work up to a particular standard.

Also, I think Amazon needs to re-re-evaluate their review policy. I feel like it almost went from bad to worse… No other retailer in the world (as far as I have seen) puts review restrictions like Amazon. They went from almost no policy where it was a review free-for-all, to a Cold War wire-tapping era to find out who knows who.

What genres do you write?
paranormal romance with some mystery/thriller thrown in!