Author Bio:
Ilyan Kei Lavanway is a fresh new face in the world of indie authors and publishers. His unique name could prove to be an asset as an author and publisher. Mr. Lavanway is married and has one son who has Down’s syndrome. Mr. Lavanway grew up in Wenatchee and Waterville, Washington State. He is the oldest of seven siblings. He spent his high school summers driving wheat trucks and combines during harvest, earning cash to support his first love, the love of flight. He was an avid private pilot in his teens. Ironically, for all his love of aviation, Mr. Lavanway’s 14 years in the United States Air Force never landed him a flight crew assignment. Nope. He was kicking it subterranean school in a capsule beneath the North Dakota plains as an ICBM launch officer for his first four years of service, followed by a year of really uninteresting work in a vault, on base. His next two years took him up near the Canadian border, to the giant, phased array early warning radar site outside Cavalier, North Dakota. Then, he was off to California. Academic assignments filled the final seven years of his military service. By the time he left active duty, Mr. Lavanway had discovered his passion for writing. Since life has thrown him a few curves that make it impractical for him to return to flying airplanes, Mr. Lavanway has poured his heart into writing. His education includes a bachelor’s degree in mathematics and a master’s degree in Space studies. Mr. Lavanway’s aptitudes for aviation and sciences show in some of his stories. His works offer unusual perspectives, giving readers rich depth of thought.

What inspires you to write?
My imagination, dreams, life, and the following resource books: The Bible, The Book of Mormon Another Testament of Jesus Christ, The Doctrine and Covenants of The Church of Jesus Christ of Latter-day Saints, and The Pearl of Great Price. These are the most complete sources of inspiration for writing I have ever discovered. Armed with these as basic research tools, I have no excuse to get writers block.

Tell us about your writing process.
I write what I imagine and what I feel and what I think. I develop stories as I write, one idea feeding the next and the next, and so forth.

For Fiction Writers: Do you listen (or talk to) to your characters?
I often envision myself as one of the characters, or put myself in the place of each character and then imagine how that character might act or speak or feel or think in a given situation. Sometimes I imagine my characters interacting with each other while I view them from an undetected observer’s perspective. Sometimes I talk to and listen to a character that I cannot or will not envision myself being. For example, if a character is a girl, I may imagine talking to her and listening to her, but I do not try to envision myself being her, because I am a dude, and that crap just does not fly with me.

What advice would you give other writers?
Write your heart out. Don’t let anyone censor you. Take the hate and the rejection as motivation to write more. Never stop.

How did you decide how to publish your books?
I decided to self publish for two simple reasons. I want to retain full control of my work and the profits generated by my work. Also, self publishing is a fulfilling personal challenge and a great learning experience.

What do you think about the future of book publishing?
It’s growing. Christian Fiction is one of the fastest growing genres. While eBooks are becoming increasingly popular, many readers will always prefer a physical book in their hands. I recommend publishing both print and eBook editions of every title, as budget allows. 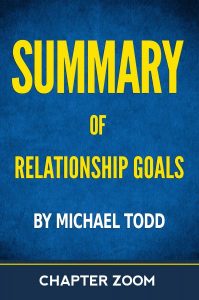