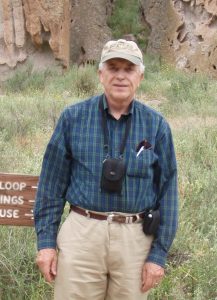 Author Bio:
Harry James Fox “Jim” was born in a log cabin on a ranch in western Colorado. Raised riding horses and herding cattle. Counterintelligence Special Agent with the Counter-Intelligence Corps in the U.S. Army. Served as a natural resources manager with the U.S. Department of the Interior. Advanced degree from the College of Forestry and Natural Resources, Colorado State University. Advanced degrees in Theology. Father of two and grandfather of seven.
Lives in Las Cruces, New Mexico, mostly, but spends about half the time in Winston Salem, North Carolina to be close to grandkids. He loves elk hunting, the outdoors, travel, desert walks. Once told a Bible story to a group of nearly-naked men in a grass hut, all with unsheathed swords lying across their laps. Testified before Congress. He once met Emperor Hirohito of Japan in the flesh. He spent five years in Asia. Now retired, he hates chocolate, but loves green chile.
BRONZE MEDAL winner in the 2016 Global Ebook Awards in the Fiction – Fantasy/Alternate History category.

What inspires you to write?
I like to write tales that I like to read. The real joy comes from imagining a different world, and bringing it to life with words. I try to write stories that are positive and contain helpful examples of how people can triumph over adversity. I always try to write books that you would not be ashamed to tell your mother you were reading. My works are all from a Christian world-view, but not all are actually of the "Christian" genre. Having said that, though, I always try to include characters that are known for their Christian faith. It seems strange to me that faith is such an important component of most people's lives, yet our modern literature seems to shy away from it in fictional portrayals.

Tell us about your writing process.
I have only a rough outline of the plot. I pretty well know what the major plot twists are and what the conclusion will be. But the process is more seat of the pants. I write on Word, and even do some writing in longhand while I am waiting somewhere. Down below in the "favorite authors" discussion, I mentioned two short stories about life in America after a civilization-ending event. I decided to write my novels along the same line.

For Fiction Writers: Do you listen (or talk to) to your characters?
I create the characters, to be sure. But they do take on a life of their own. I don't talk to them, exactly, but I do drop them into a scene and imagine how they would be likely to interact, both with other characters and the situation. Sometimes the character changes enough that I have to go back and adjust some earlier scenes, unless it is a growth and development. That sums up my writing. I mentally imagine a scene and then try to describe what happened in words.

Who are your favorite authors?
The first series that come to mind is the Lord of the Rings trilogy. It had a profound influence on me. Another author that I like is C.S. Lewis, of course, both his non-fiction Christian writing and his Narnia series. I also admire Hemingway, Churchill, John Grisham and Stephen R. Lawhead. Two short stories that had an influence on my Stonegate trilogy are: "The Scarlet Plague" by Jack London, and "By the waters of Babylon" by Stephen Vincent Bené.

How did you decide how to publish your books?
I never considered anything other than self-publishing. I enjoyed the challenge of learning the process, and the control that it gives the author. I suppose I lack the patience that traditional publishing requires.

What do you think about the future of book publishing?
I think there will be a weeding-out of traditional publishers as more people switch to eBooks. But I think there will always be plenty of people who want the feel of a real paper-and-ink book in their hand. So there will be fewer big publishers, and more self-published books. The challenge for an author will be even more acute. It will be even more difficult to get noticed in the millions of new titles coming out every year. 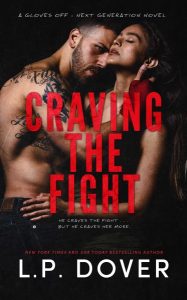