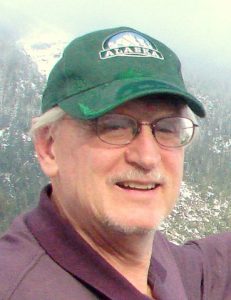 Author Bio:
Glen Thomas Hierlmeier is a graduate of the United Sates Air Force Academy, and has an MBA from The University of Wisconsin. He served in the U.S. Air Force, where he helped develop the Manned Orbiting Laboratory and the F-15 Eagle fighter aircraft, and gained a deep interest in world affairs and warfare.

He subsequently completed a career as a banker and real estate executive, serving as President and CEO of various companies for over thirty years before retiring in 2009.

Glen enjoys writing historical fiction and has published three other books including Thoughts From Yesterday: Moments to Remember, We Had to Live: We Had No Choice…, and Honor and Innocence: Against the Tides of War, the prequel to Lazlo’s Revenge.

What inspires you to write?
The inspiration for my writing began early with my high school AP English teacher, Ms. Elizabeth Ritzmann. Though my career took a scientific and business path, I was an excellent writer in those areas. After I retired I was able to focus on creative writing and began by researching my maternal ancestry and writing a story based on the family history beginning with my fourth great-grandfather who came to the U.S. from England in 1783 as an indentured servant to work on a Plantation in Virginia. Also, during my research, my eldest brother related some of his experiences as a soldier near the end of WWII which led him to Germany and provided the golden nugget that stuck in my mind and led to my first novel, Honor & Innocence: Against the Tides of War. Unfortunately, my brother passed away before the book was completed.

Tell us about your writing process.
I record my research notes, key words, and phrases on note cards. I do not write an outline. Once I have the story well in mind I write the first chapter and let each chapter take me where it leads me.

I create best with an ink pen in my hand. The first several drafts, and often more, are written out in cursive with a pen selected from a collection of about thirty fine writing instruments, depending on my mood. Once I feel I am close to what I want, I then type it into the computer at which time I fill in a lot of detail I usually don’t get into when I am creating with my pen in hand.

After I have gone over a chapter several times and have it where I think I am happy with it, I read it out loud to my wife who teaches literature and writing, and isn’t reluctant to be critical. Reading it to her allows us to confirm the flow of the writing and that the detail or emotion is being effectively conveyed. She also asks good questions that help flesh out or clarify the writing.

For Fiction Writers: Do you listen (or talk to) to your characters?
I don’t speak with them, but I live with my characters. I think about them during the day and through the night. I become completely absorbed with them and they live in my mind even after the book is finished. I try to imagine what I would do in the situations I put them into. I learn who they are so I write the scenes as though they were real people with distinct personalities and characteristics.

Who are your favorite authors?
The two most absorbing and memorable books and authors have been Out of Africa by Karen Blixen and Sacred Hunger by Barry Unsworth. I think I have read and enjoyed all of Michener’s books. In high school I devoured Civil War books, Stephen Crane and Bruce Catton come to mind. In my later years I tend towards philosophy, theology, and mysticism—Alan Watts, Thomas Merton, C. S. Lewis, and politics, David C. Korten. For a couple of decades in mid-life I read only non-fiction, which helped prepare me to write fiction based on historically and spiritually real experiences.

How did you decide how to publish your books?
I would certainly prefer to be published by a traditional publisher. I made a valiant attempt to do so. I learned a lot about the industry, and it seems to have transformed itself several times over in the last decade or so. Now that independently published books account for more than half of the new book market, I am hopeful I can generate some interest.

What do you think about the future of book publishing?
For a new author it seems like it is a very long-shot to be financially successful. The industry is dominated by a relative handful of well-known names. I think that will only increase. For example, who’s going to buy a book by a new author in horror, supernatural, science fiction, or fantasy as long as Stephen King and the like keep writing, or a mystery while James Patterson and the legion of mystery writers keep pumping them out? It’s a tough business. I am trying to establish a niche in historical fiction from a fresh perspective, providing insight into what the history books skim over, and developing characters who readers can know and admire or love—a history lesson framed by a love story in the form of a novel.

What genres do you write?
historical, fiction, romance