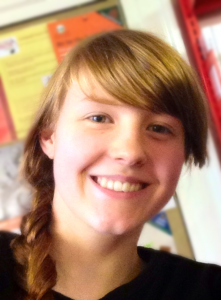 Author Bio:
Ellie Firestone lives in the beautiful rolling hills of the English Cotswolds, where she spends her days reading, swimming, and writing her stories.

She also visits her extended family in Texas for weeks at a time, and it’s here that she rides horses, goes fishing, swims, and writes even more stories.

She has several pets, including some fish that breed like rabbits, and a super-cute English Toy Terrier named Bonnie, whose hobbies include playing Fetch and eating various articles of clothing.

What inspires you to write?
With my current series, Super Sporty, it was the horses on my Grandma’s ranch in Texas, back when I was just a little scribbler. One day, I thought, “what would happen if these horses were actually superheroes”? That thought gave rise to what eventually became the Super Sporty series, in which two superhero horses eat pizza, play basketball, and save the world from evil aliens.

With the few other books I’ve written, my inspiration varies. My Middle Grade gamebook, The Misadventure of Bolingbroke Manor, was written simply because I figured out that I had the skills to make a gamebook in Kindle format. With The Dreamon, the YA novel which I’m currently working on, the idea came to me (most fittingly) in a dream.

I think the general answer to that question is that I am inspired by the extraordinary. Maybe it’s the power and grace of a horse. Maybe it’s discovering that something which I used to think was impossible actually is possible. Maybe it’s my subconscious screaming at me, “YOU MUST WRITE A BOOK ABOUT THIS!”. Whatever it is, it always feels magical.

Tell us about your writing process.
I usually have a vague idea of what my book’s going to be about, but other than that I’m a pantser all the way! I tried planning a novel once, and it failed dramatically, so I think that, for me, pantsing is here to stay (ooh, that sort of rhymed!).

Who are your favorite authors?
Ohhh, that’s a toughie. Suzanne Collins’ Hunger Games trilogy is one of my favourites. I also like A Wrinkle in Time by Madeleine L’engle. On the classic side of things, I adore books by Mark Twain, and (surprisingly) John Milton’s Paradise Lost.

How did you decide how to publish your books?
I decided to self-publish because I wanted to have complete control of my books. The series I’m working on right now, the aforementioned Super Sporty, is a children’s series for which had a very clear idea of what I wanted it to be. Specifically, the illustration style. I do my own illustrations, and I feel like the books would be ruined if someone else did the pictures (I’m a bit of a control freak :D). I feel that, if I had gone the traditional route with these books and gotten paired up with an illustrator (which is the most likely thing), they wouldn’t end up being the way I wanted them to be.

That said, I’m working on a few projects right now that I can be more flexible about, so I’ll see where they take me.

What genres do you write?
Children’s and Middle Grade, specifically Sci-Fi and Fantasy