You are here: Home / Fiction / Interview with Author – Elizabeth Garden 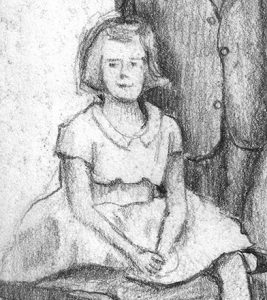 Author Bio:
Elizabeth Garden always knew there was something wrong with her family. When she discovered a close relative was a mass murderer, she wasn’t at all surprised.

From a seemingly “normal” upper middle-class family, Garden spent her Wonder Years in Connecticut’s Fairfield County. Emotionally neglected as a young girl, she was captivated by the magnificence of horses and the natural beauty of the Connecticut woods, where her vivid imagination and lack of spiritual training allowed her to commune with her spirits in her own way. Discouraged from attending any activities that required her parents’ involvement, she channeled her appreciation into artwork, and spent most of her time in her room. It turns out her artwork and rich imagination was the one thing that protected her from her easily enraged, narcissistic father and abusive older brother.

The middle daughter of five children, when Elizabeth was seventeen she made a beeline to attend art school in Boston, but her education came to a screeching halt when her parents decided they would no longer countenance her higher education. She found refuge with friends in the rock and roll world until that also came to an abrupt end when she married a man from India she hardly knew and didn’t love.

Without much in the way of support, except from one loving grandmother, the challenging trajectory of Elizabeth’s life was planted with landmines from the start and she struggled to find her professional and personal footing. In 1985 she experienced a life-changing event in the form of a hypnosis. She accessed her own inner guidance and reached enough clarity to steer herself in a better direction.

When she was in her fourth decade and on her fourth marriage, she completed a correspondence course as a certified psychic medium from the Morris Pratt Institute. Immediately afterwards, a terrible family secret, a tragedy of epic proportions, was revealed. To Elizabeth, it was a story that that begged to be written and its relevance to her own unusual life began to emerge.

Elizabeth is a survivor in so many ways. She believes in human and spiritual potential and our ability to affect change by accessing our own inner guidance.

What inspires you to write?
When I can't stop thinking about something, I take it as a message that I am being prodded into action.

Tell us about your writing process.
To me, writing is a very mystical process.Ideas often come to me while I riding my biking or driving, or in dreams. I feel I am channeling this information and that the ideas are just waiting to be downloaded. Sometimes when I reread what I have written and I can't believe that came out of me. I write discreet stories, save them and lo and behold, they work themselves into a larger picture.

For Fiction Writers: Do you listen (or talk to) to your characters?
I see and hear them very clearly.

How did you decide how to publish your books?
I submitted outlines of my book and my actual manuscript to several agents and publishers. Both alarmed that I had a real deadline after cancer treatments, and frustrated by the lack of even the courtesy of a reply in most cases, I decided to go ahead and self-publish. My local library had a Symington Press machine that allowed me to see the book in its actual form before publishing on Amazon, which was very helpful. Thank goodness for trying to do this in this day and age.