You are here: Home / Interviews / Interview with Author – Dennis Ogden 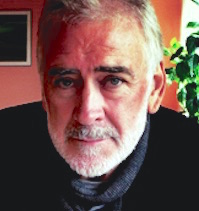 Author Bio:
I was born in Melbourne, Australia in 1945. My first job was in a printing company and that is when I became addicted to ink on paper and paper cuts. Returning from a stretch overseas I started up a graphic design studio and among my design projects were book designs. So print and books have always been, and still are, part of my life.

My first attempt at writing was in the early 70s with an original screenplay for a twenty-minute short feature film THE FORGOTTEN SPIRIT. It was produced and had cinema and cable TV release. A series of articles on design and travel followed.

GOOSE HUNT (November 2017) is a revised edition of my first novel SECRETSINCITY published in 2012.
My second novel, SAVING SPADE, was published in May 2017.

I currently have two projects on the go. One, a hefty saga, has been with me for more than fifteen years and keeps getting interrupted by other story ideas that constantly make their way into my mind.

What inspires you to write?
To put it simply…an idea. Once an idea gets into my head it's like switching on a machine. It may take some time to warm up, but the momentum is there.

Tell us about your writing process.
My process has changed over the years. I first started off with a rough idea for a beginning then let the writing take me were it wants to go.
This was not always successful and now I plan and plot more. But I still allow the writing to take me places I had never thought of.
Research and character development is my favorite part of the writing process. In fact, I leave a lot up to the characters. I tend to put together mug shots of all the characters taken from hours of delving through newspapers, magazines and my own photo library.
I'm a visual writer and need to have a board in front of me with images of characters, objects and places to keep me focused as I write.

For Fiction Writers: Do you listen (or talk to) to your characters?
Once I'm reasonably happy with my characters they guide me with their personality. In fact they continue to wake me in the middle of the night with taps on the shoulder to tell me I need to change something. Or, on one occasion, a new character emerged without warning and become a central character in the plot. So, yes, believe it's vital to get into the minds of the characters (if they allow me!).
A writer friend of mine told me many years ago that if your characters speak to you, you're there.

How did you decide how to publish your books?
The publishing industry has changed a lot over the years since digital books, and lately, on-demand-printing. Publishers are now buying into self publishing services to the extent, in my opinion, they increasingly reject manuscripts to feed their investment.

The process of submitting to a publisher can take at least three months to get a reply. If rejected there's a further three months wait from the next, then the next…and so on. Multiple submissions can be a turn-off.

With self publishing I can have a book on the market in less than a month.

Now I must explain one thing. I'm talking about the scene in Australia where agents are not the norm.

What do you think about the future of book publishing?
I believe the rise in self publishing will unleash greater creativity. There will be trash, but even trash can find a market.

As more established traditionally published authors turn to self publishing I hope it will change the mind-set of book store owners and they start to stock more independent authors. If not, they will loose out to online sellers.

What genres do you write?
Thriller, historical thriller and Young Adult. 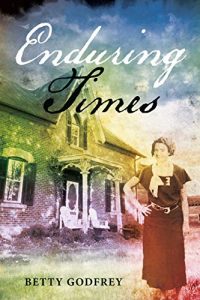 About Featured Book: Enduring Times by Betty Godfrey The story begins in Pittsburgh’s in the early 1900s, where we meet Jennifer, her husband Bill, and their children. Bill works for Jennifer’s father’s bank. Jennifer’s mother raised her and her sister on a tight lease allowing them very little freedom Jennifer defied her mother when she […] 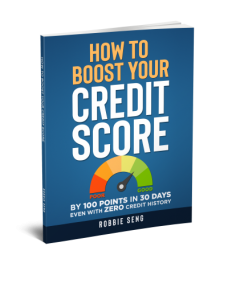 About Featured Book: How To Boost Your Credit Score by 100 Points in 30 Days even if you have 0 Credit History. by Robbie Seng If You Want To Get Loans Without The Painful Rejections & Heart aches YourCredit Score determines whether you will struggle through life or whether you could finance your dreams to […]