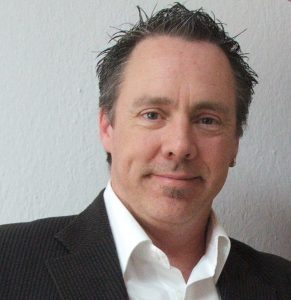 Dean Comyn Author Bio:
Born and raised in Calgary, Canada, I graduated from the Theatre Arts program at Mount Royal University. After about 20 years working in the entertainment industry, I worked as a singer, actor, director, producer and technician in live shows and film & television. Frustrated by my lack of (financial) success as a performer, I decided to take a 5-year ‘hiatus’ from Show Biz and travel the world teaching English.
Fifteen years later… I started writing my first novel.
My first destination was Turkey, where I met my wife and watched her give birth to our son. I missed performing and creating/telling stories, and was able to channel some of this energy into writing and directing amateur actors and students in a few plays. Later, we moved to Germany, where my wife’s career took us. I continued teaching and had much success, but the artist in me longed for expression. So, I began taking courses online and started writing and planning my next career move— to be a self-published author.

What inspires you to write?
The "Something in the Water" series is inspired by fear, really. Humans have done fearful things to the planet and each other, like no other species. Science and technology are advancing faster than we can evolve.
And Nature can't manage. We invent things and create cures and develop technologies for both good and bad purposes. Sometimes even things that were created with good intentions have fatal consequences.
The characters in the series and their overarching journeys explore the difference between doing the right thing for the wrong reasons and vice versa.

Tell us about your writing process.
I can say I'm a reformed pantser, or maybe a planner/pantser. I've learned (forced myself, really) to create an outline before I start writing. However, the outline is often modified by momentary inspiration. Characters develop as I create dialogue. I know how the book will end, more or less, but I don't stop myself from veering in one direction or another along the way to the climax. The denouement is always the last thing to reach the page.

For Fiction Writers: Do you listen (or talk to) to your characters?
I don't always engage in conversation with the voices in my head, but I do listen.

Who are your favorite authors?
Don't laugh, but William Shakespeare was one of my earliest influences. The stories he told had been told before and have been since, but Shakespeare's characters and their struggles have endured for that reason. Great stories are easily adaptable to any period, culture or language. I started writing in college, shortly after making Bill's acquaintance and studying his work in depth.
I've enjoyed reading a variety of genres since I was a kid. As a teen I journeyed with Carlos Castaneda, imagined the future with Isaac Asimov and Phillip K. Dick and lived the life of a spy through thrillers by Ian Fleming and Robert Ludlum.Did I mention William Shakespeare?
As for contemporary authors, I would say a few are directly responsible for my venture into long form fiction. I had better reading habits a few years ago, before embarking on the Something in the Water series, and was drawn to books ranging from The DaVinci Code and "Life of Pi" to "The Accident Man" and "Jack Reacher" (and the new Bourne). Different themes, different struggles and different stories, but what they all have in common is great characters experiencing the struggles and living the stories.
My favourites from the last 20 years would be Yann Martel, Tom Cain, David Baldacci and Dan Brown.

What genres do you write?
Currently writing crime thrillers, also planning a coming-of-age story, an action adventure, and a sports story

How did you choose the genre(s) you write?
Thrillers have always been the most fun for me to read, and Hollywood loves them because they translate well to film. My goal is to have my books become films.

What three things are on your writing desk at any given moment?
Laptop, Book One and scotch whisky.

What hobbies do you have when you need a break from writing?
Cycling, hockey (my son plays) and YouTube.
I've also recently been trying my hand at stand up comedy.