You are here: Home / Interviews / Interview with Author – Dave Wickenden 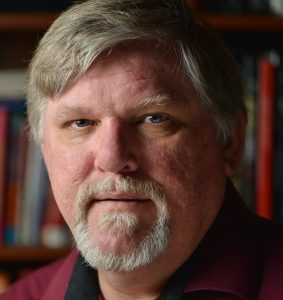 Author Bio:
Dave Wickenden has spent time in the Canadian Armed Forces before the Fire Service, so is as comfortable with a rocket launcher as a fire hose. He has brought six people back from the dead utilizing CPR and a defibrillator and has assisted in rescuing people in crisis. He has learnt to lead men and women in extreme environments. He loves to cook, read and draw. Dave ran his own home based custom art business creating highly detailed wood and paper burnings called pyrography. One of his pictures of former Prime Minister Jean Chretien graces the walls of Rideau Hall in Ottawa.

At home in Canada, Dave and his wife Gina are parents to three boys and three grandsons. His two youngest boys are busy with minor hockey and fishing, so you can guess where you’ll find Dave when he’s not writing.

After 31 years in the Fire Service and attaining the rank of Deputy Fire Chief, Dave retired to write thriller novels full time. He has been a member of the Sudbury Writer’s Guild since 2014, the Writer’s Union of Canada and the International Screenwriter Association. His works consists of IN DEFENSE OF INNOCENCE, 2018, HOMEGROWN 2018, and DEADLY HARVEST 2019 and he has signed with Black Rose Writing for MAD DOG, due out in July 2020. He has adapted screenplays for his first three titles. He is currently working on his first YA Fantasy.

What inspires you to write?
Having been a huge reader, I am now giving back to the literary world. I have been creative my entire life; heavy into drawing, wood carving and pyrography. Although I attempted to write a novel a few times during my career, life kept getting in the way. During the summer of 2014, I made the sudden and best decision of my life; to become a full time writer and chase the dream of being a published author. Five years later, I have 3 published, one pending and another in front of an editor. I also have a number of short stories that are either published online or in anthologies.

Tell us about your writing process.
I definitely write by the seat of my pants. I have a general idea and I just let it follow its own path. Most time’s I’m as surprised as my readers which for me makes the process entertaining for me. Having managed over four hundred men and women in the fire service, I can come up with characters of every type (Names and identities have been altered to protect the innocent).
My first draft takes 3-4 months. I clean it up using a software that reads it aloud to me. I then have a massive edit using ProWritingAid. Once satisfied I send it out to some trusted beta readers. Once all the comments come back, I make the changes that make the most sense for the story. The story goes through another edit. I then send it to a professional editor for a full edit.
After all that, I usually submit to agents first followed by publishers. Each submission group takes about 3 months.

For Fiction Writers: Do you listen (or talk to) to your characters?
They say it's alright to talk to yourself as long as the voices don't talk back. But that would make most officers come across as lunatics because I hear multiple voices talking at the same time. But I'm good with that. I'm never lonely.

What do you think about the future of book publishing?
Audio is growing very fast. I currently have signed with a producer to create an audio version for my first and third novels.

What genres do you write?
Thrillers, YA Fantasy (WIP), Historical thriller -being planned