Author Bio:
Chester Campbell got bitten by the writing bug when he started work as a newspaper reporter while a journalism student at the University of Tennessee. That was 67 years ago. He has worked as a newspaper reporter, freelance writer, magazine editor, political speechwriter, advertising copywriter, public relations professional and association executive. An Air Force intelligence officer in the Korean War, he retired from the Air Force Reserve as a lieutenant colonel. He is the author of five books in the Greg McKenzie mystery series and two books in the Sid Chance series. He also has a trilogy of Post Cold War political thrillers and a standalone suspense story, Hellbound. His first Greg McKenzie novel, Secret of the Scroll, won a Bloody Dagger Award and was a finalist for Foreword Magazine’s Mystery of the Year in 2003. The first Sid Chance book, The Surest Poison, won the 2009 Silver Falchion Award at the Killer Nashville Mystery Conference. He served as secretary of the Southeast Chapter, Mystery Writers of America, and is past president of the Middle Tennessee Chapter of Sisters in Crime.

What inspires you to write?
I got my writing start nearly 70 years ago when, as an aviation cadet near the end of World War II, the dropping of the atomic bomb prompted me to sit down at the typewriter and plot a wartime story. I have been at it ever since, mostly in the non-fiction field, but years of reading mysteries and thrillers spurred me to embark on novel writing after retirement. I have 11 published books and a few more manuscripts yet to see the printed page.

Tell us about your writing process.
I’m a pantser. I have a plot idea, then let the characters take the story wherever it goes. Since I write mostly series books, my main characters become more fully developed over time. I write sketches for other significant players.

For Fiction Writers: Do you listen (or talk to) to your characters?
I try to paint my characters in enough detail to make them come alive, but I don’t hear them talk to me. Some authors say they do, but that sounds a bit pretentious.I feel like they’re real people, but they talk to each other.

How did you decide how to publish your books?
I started with a three-book contract from a small press. After it folded, and lacking any enthusiasm from agents, I joined a couple of other authors in establishing a micro press to handle our books. I like the freedom to handle the process at my own pace.

What do you think about the future of book publishing?
With the revolution in smart phone technology, the majority of publishing in the future will surely be done digitally. But I won’t be among those readers. I hate the small screens.

What genres do you write?
Mystery and Thriller 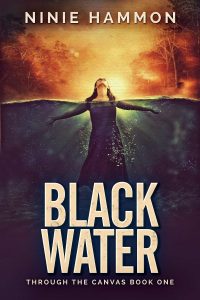