You are here: Home / Interviews / Interview with Author – Brenda Tetreault 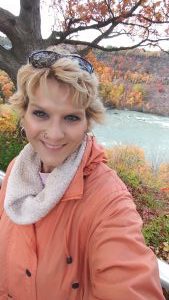 Author Bio:
Brenda Tetreault was born in a small town on the southern Oregon coast. Growing up, she found herself easily bored with the books available to her and found they did not hold her attention for long. By the second grade, she had figured how to put together a story and says, “I started writing the kinds of stories I wanted to read but couldn’t find.” Her school years were populated with fanciful stories and many drafts, but it would many years until her dream of being an authorwould come to life.

Brenda graduated high school, and then enlisted in the U.S. Air Force, where she would serve foreighteen months as an Aircraft Structural Maintenance Specialist, working on cargo planes. She met and married her husband during this time. After her discharge, she and her husband, Mark, were stationed in Japan and at various bases in the United States. Their family expanded with the birth of their son in 1996.

Brenda now lives in Dover, Delaware with her husband and grown son.

What inspires you to write?
I am inspired to write by two words: What if?
Whenever I ask myself that question all sorts of strange and fanciful ideas start to awaken in my mind and it’s sometimes hard to keep up with the flow of information. It always takes a while for me to sort through everything and decide what I want to write about, but it’s always worth it in the end!

Tell us about your writing process.
I write by the seat of my pants, with a little smidge of outlining. Most of the time, though, I sit down, open my document and let the little voices tell me a story. Or as I sometimes say, “I let my charaters run wild and I record the incident report!” I tend to eat ramen noodles or Lucky Charms cereal and I ALWAYS have coffee at hand! If I hit a tough spot where I’m not sure how to proceed, I’ll usually go for a run and let my characters figure things out.

A small issue I have is that I have a regualr day job and sometimes my characters will start getting rowdy during the work day. When that happens, I use my breaks to write as much as I can on any scraps of paper that are handy, then come home and take those handwritten notes and add them to my current manuscript.

I have a very comfortable office that I write in, but my favorite place to write is at the beach!

For Fiction Writers: Do you listen (or talk to) to your characters?
I do! I have a fifteen minute commute to and from work everyday, and I take that time to ‘run dialogue’ and talk to my characters to figure out what the heck they’ve got in mind.

How did you decide how to publish your books?
After suffering too many rejection letters to counts, I actually put aside the idea of publishing my books. Then I found a publisher and in my niavete, I signed on with them. I later learned they were a vanity press. By the time I understood what they really were, they had the first six books I’d written and none of them were selling. When I began my Nightshade series, I had befriended a group of ladies on Facebook and they were Indie authors. With their guidance and mentorship, I published my first book as an Indie through Amazon’s platform. I haven’t looked back!

What do you think about the future of book publishing?
I feel that there is going to be a swing towards ‘hybrid’ autors- authors that are both traditionally and Indie published. The days of ‘gate keepers’ at the big publishing houses are coming to an end, and more Indies will find themselves listed among the ranks of tradionally published authors.

What genres do you write?
Paranormal Romance